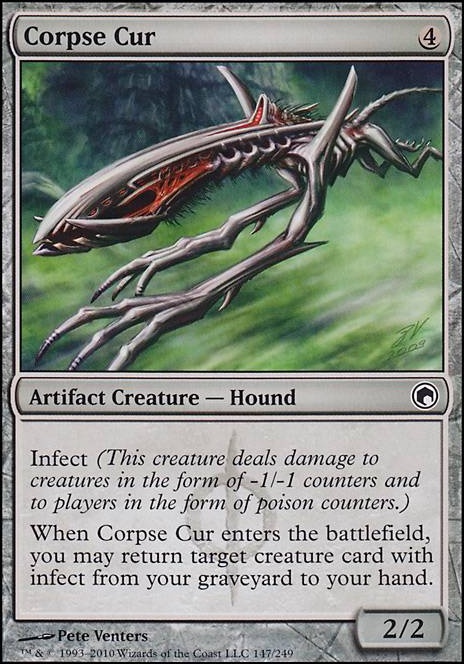 When Corpse Cur enters the battlefield, you may return target creature card with infect from your graveyard to your hand. 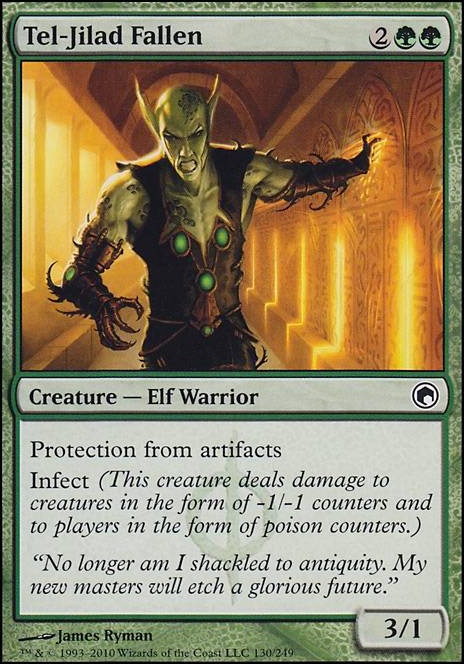 The Endless Nightmare
by Ixma_9

Atraxa [Infect] | Hymn of the Phyrexians'
by Ellein

I don't think it does much in the deck since, if things are going well, Marchesa's ability would just return whatever creature to play.

I've considered running lightning greaves and boots but I think they may just slow down the deck.

Even recasting Marchesa a few times in the game because of removal/counterspells doesn't mean it's over for her so, who knows ha.

I also think that a few more infect creatures would help. Hand of the Praetors and Corpse Cur would be at the top of my list.

Phyresis would also be a good add, for all of the non-infect creatures you have. Throw that on your Phyrexian Obliterator or any of the many demons.

That's all I got. Love the build.

Mj3913 Thanks for the suggestions.

Corpse Cur was drafted into my Army initially but I excused him later cause I don't run that many Infect dudes to require his recursion effect. So majority of the time, I'm summoning him with no one to recur from the graveyard, which makes him expensive at for a 2/2.

You made a very good point about flashing in the Snakes at end of opponent's turn, give them a gun during my turn and they can start raining bullets into our opponents' squad. Let me see how I can fit them into the already tight deck list!

And yes, searching for commons is both fun and challenging. A lot of cards that we're used to using, cannot be used due to their rarity and we start to appreciate lesser known cards that we never knew existed. It's a real test of our deck building skills.

Looks fun, +1. Might even give regular edh decks a run for their money. Should test the theory ;). Now for some suggestions: Corpse Cur is an infector with a bit of recursion for your other infectors as they will likely be targeted alot. Ambush Viper and Winged Coatl could be good for setting up an ambush on bigger things, or psuedo haste if cast on opponents turn, then enchant/equip on your own turn. That's all I could find... I kept forgetting we were limited to common in my searches.