The Inhumans : Mutants Rising !
by Damlec 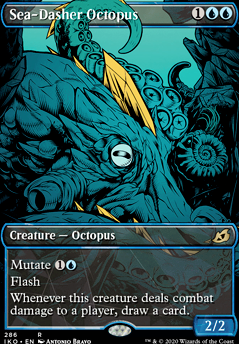 Here are some other ramp pieces you might like: Plague Myr , Manakin , Arcane Signet . The nice thing about rocks that are also creatures is that they buffer effects like Fleshbag Marauder which could ruin your game plan, or they can act as a backup voltron body if Balan gets picked off by targeted removal.

You could always add in some colorless dorks. Plague Myr, Hedron Crawler, Manakin and Walking Atlas all do some work in budget decks.