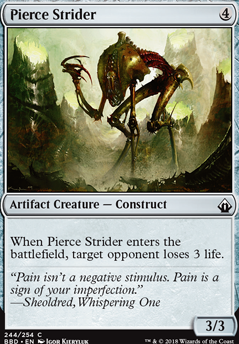 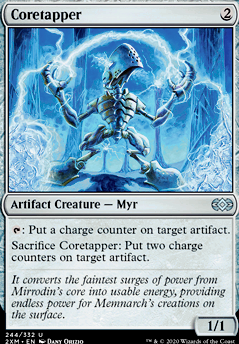 UPDATE, Ichor Wellspring is back in and Swiftfoot Boots are out, 4 Sylvan Scrying , 4 Blast Zone , 4 Forest have been put in to pick the Scuttling Doom Engine and Retributive Wand as the win con. Mystic Forge is out Mirrorworks and Pierce Strider is out for them to be put into a version of "urza's ETB"