Equipped creature gets +2/+2 and has infect. (It deals damage to creatures in the form of -1/-1 counters and to player in the form of poison counters.)

Whenever Grafted Exoskeleton becomes unattached from a permanent, sacrifice that permanent.

I built a Zombie kitty deck once upon a time. One thing that people neglect is that she makes for a great Voltron Commander too. I say this because if it's hate that you're looking for, then a Grafted Exoskeleton to put your Commander into 1-hit kill mode will really mess with the table..

Stealth Mission and an Octavia trigger on an infect creature gives you a lethal amount of unblockable infect. Grafted Exoskeleton and an Octo trigger gets you the right power but you need to find a way to connect.

Flux Channeler is another option too to make up the last few points of infect.

Hey Lord_of_Cardboard, thanks for the suggestion! What would you recommend to cut to include the Grafted Exoskeleton? Maybe the Shadowspear, or Colossus Hammer/Belt of Giant Strength? 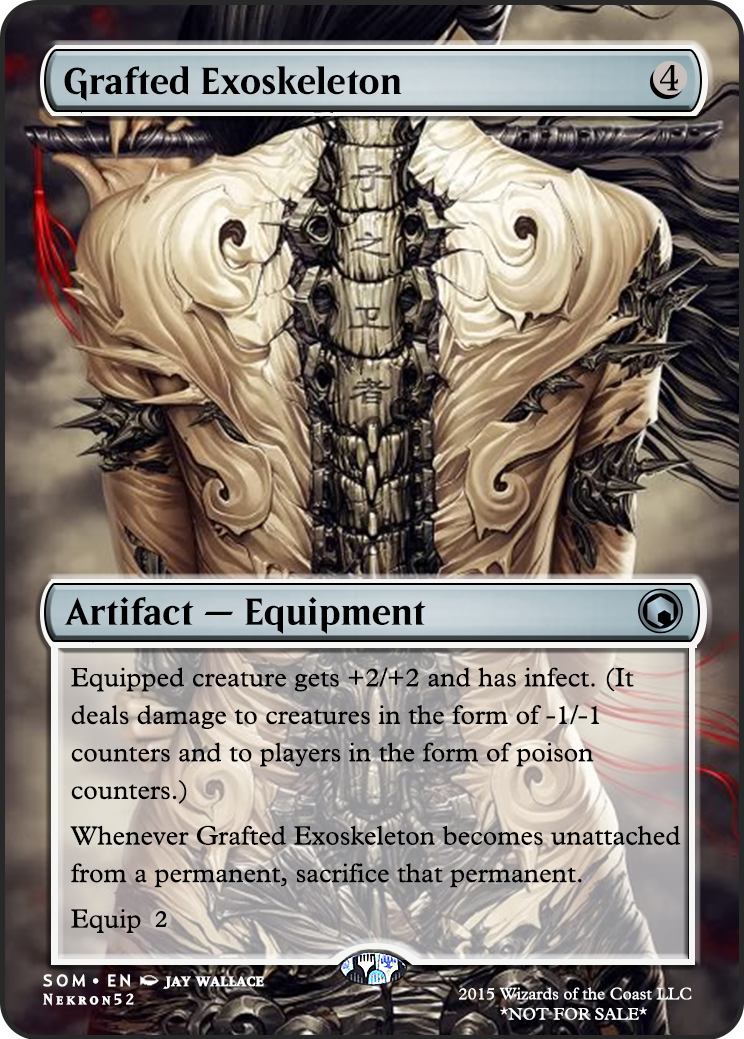