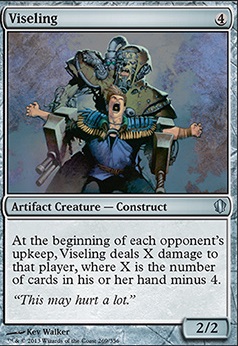 At the beginning of each opponent's upkeep, Viseling deals X damage to that player, where X is the number of cards in his or her hand minus 4.

Viseling occurrence in decks from the last year

They see me wheelin'
by Konto 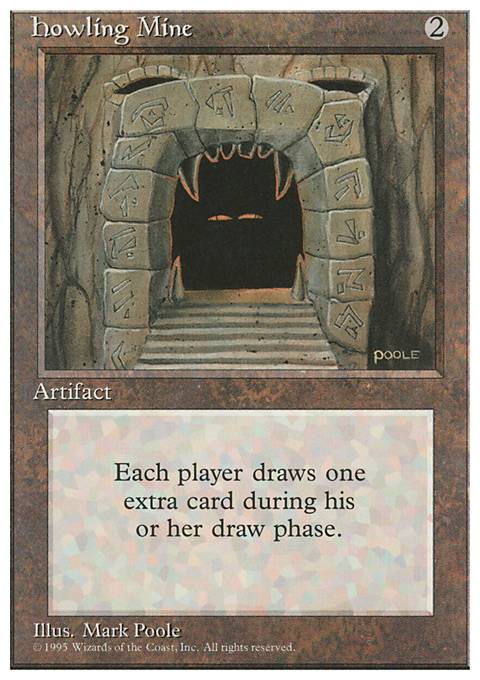 Might remove Trophy Mage and Whip of Erebos to put in Rackling and Viseling if i can obtain a copy. Hopefully i can find a suitable replacements for puppeteer Clique, not as good as I thought. Hopefully something that's an enchantment or an artifact. Hack even an enchantment creature

griffstick on Who Do You Voodoo?

Stuffy Doll and Creepy Doll are the perfect inclusions. Theres also Puppet Strings . Theres a bunch of like Black Vise but bot the masterpiece the older ones like this 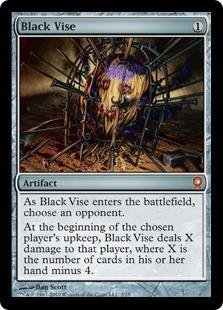 what an awesome deck, its really impressive. I will try to build a budget version, of it. But I have small question for my own understanding. First, isn't Wheel and Deal banned in EDH? Does Viseling really works? For me it looks a bit slow. What are your experiences with this card? And what are your experiences with cards like Forced Fruition or Seizan, Perverter of Truth ? They looking really powerful but flow as well.

Thumbs up! Great Deck and I am really interested to hear about your experiences. Semsandberg

Ahh and I took this card Sunstone , because I do not have snows lands and ~27 are a little pricey for me.

Moving away a bit from high cost ramp, mill, and limited effect draw/discard.

@Clyde_Bankston additionally, Iâm not a huge fan of Howling Mine or Kami of the Crescent Moon as they let my opponents take advantage of the card draw before they let me. Consecrated Sphinx I can afford, but Iâm not sure what to take out for it. Viseling is cute, but a 2/2 in my meta dies quick against Hapatra

I believe you should put a Howling Mine, Niv-Mizzet, the Firemind, Kami of the Crescent Moon, Consecrated Sphinx, Viseling, and Time Spiral.

For mana rocks, Lotus Petal, Mana Crypt, Mox Amber, Chrome Mox, and Mox Diamond are what I'd suggest because they are cheap (cmc), and produce decent amounts of mana. I hope this helps!