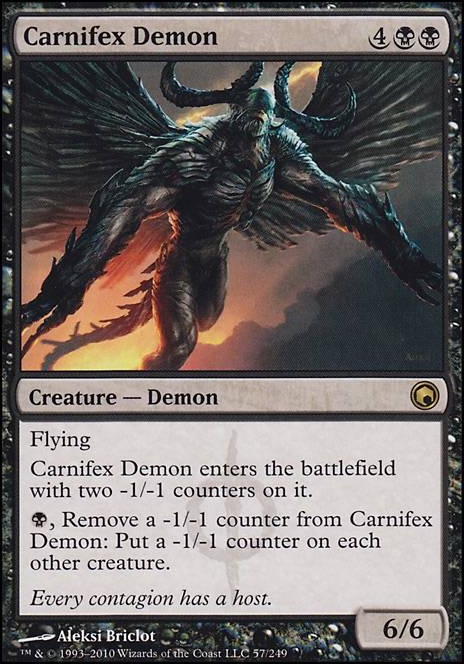 Carnifex Demon enters the battlefield with two -1/-1 counters on it.

Carnifex Demon occurrence in decks from the last year

Fun Times with -1/-1 Counters
by sirtherodar

hmm i do enjoy Vilis, Broker of Blood for the draw, but most times im hoping to draw something that gives counters, you might be onto somthing. Im going to swap them for some play testing and see what happens.

As for Soul Snuffers I do have Phyrexian Reclamation Reanimate and Meren of Clan Nel Toth to get more then the one use. I do love it and Carnifex Demon due to my table always using some form of tokens, most notably Brudiclad, Telchor Engineer and The Locust God