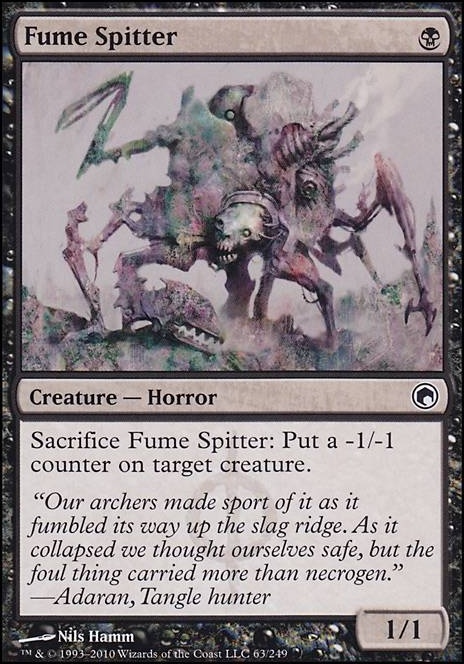 Fume Spitter occurrence in decks from the last year

Down With the Sickness
by HELLcaster19

A New Phyrexia
by TheKaiser 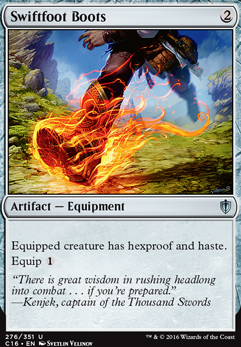 Cut Fume Spitter for Living Plane so you can laugh like a madman! Do it! May the salt be with you!

Something tells me Daedalus19876 wont be dropping $630 for an Imperial Seal . That kinda cash would be better spent on a Bayou . Also removing more and more -1/-1 counter cards for good stuff just doesn't sound that great. Fume Spitter isn't some massive all star but it does kill mana dorks and other problematic 1 toughness creatures while making you snakes and insects.

Volrath's Stronghold sounds neat though. Would definitely be interested about input on that although since they're similar dropping $45 to replace Beacon might be a bit meh especially when Phyrexian Reclamation is already in the deck.

Hi, killer_eye! Between work and summer break, I haven't gotten to play as much pauper as I'd like so I haven't actually played any games with Ransack the Lab yet. My goldfishing suggests that it's worth playing, but I don't know whether or not four is the right number. As for Barrier of Bones , I'll be sure to give it a shot once I can start playing again because, like you said, Fume Spitter looks really bad in the current meta.

I'm also seriously considering dropping Krosan Tusker in the near future. Do you have any suggestions?

hi veggiesaurusrex! it's me again, just want to share Barrier of Bones which i'm liking a lot in the slot of Fume Spitter . infect and faeries are nowhere to be seen in the current meta for Fume Spitter to shine. what i like with Barrier of Bones is the surveil, also not a bad topdeck because of this and it's 3 toughness enough to block aggressive X/2 creatures which we have a lot in pauper.

any feedback with Ransack the Lab ? i've been enjoying Winding Way and up my count from 2 to 3.