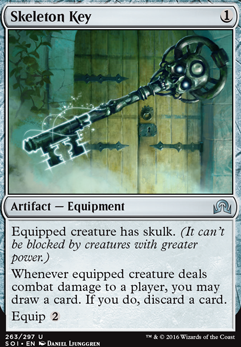 Equipped creature has skulk. (It can't be blocked by creatures with greater power.)

Whenever equipped creature deals combat damage to a player, you may draw a card. If you do, discard a card. 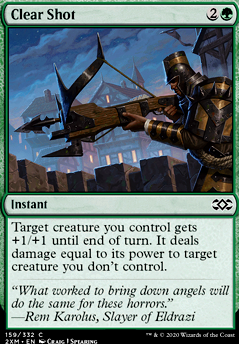 Keeper of the Seven Keys a Helloween EDH
by norbertrox 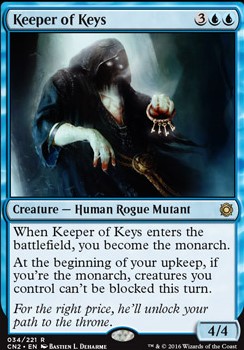 Hi usherp!Thanks for your comment! Bag of Holding it's very good card but to exploit it well you have to build a deck around it,maybe more based on artifacts( Skeleton Key , Mask of Memory , Pirate's Pillage , Unlicensed Disintegration for example).I think about it,thanks for the idea! if you have ideas or changes for my decks write me ^^