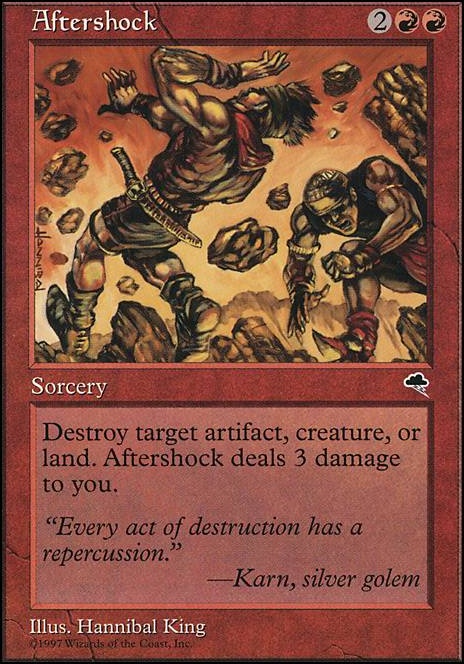 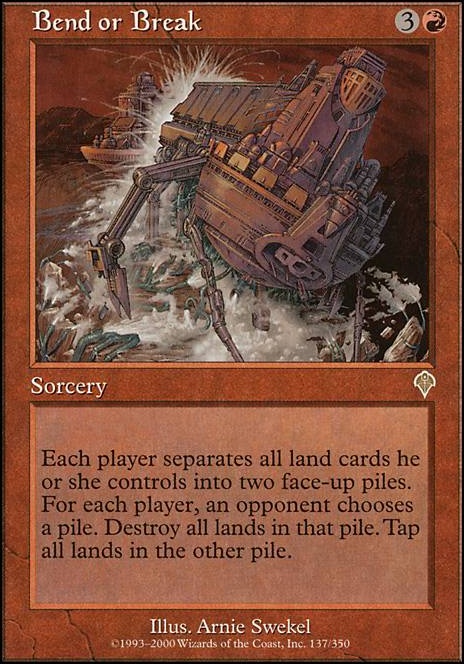 Norin and the Laser Goblins
by DasFuddl

Great deck pal! I've played a lot of izzet pauper and I've found Aftershock to be my best removal. It's really versatile and the drawback is minimal.

First and foremost, here are some suggestions for improving your manabase: Rootbound Crag , Blighted Woodland , Kazandu Refuge , Haven of the Spirit Dragon , Gruul Guildgate , Rugged Highlands , Command Tower , Temple of Abandon , Sheltered Thicket , Cinder Glade , Game Trail , and Kessig Wolf Run . I know that's a lot of cards just dedicated to mana, but I think the Haven and Kessig will pull both surely pull their weight.

Rishkar's Expertise generates great card advantage while you control a big dragon. Harmonize is another strong draw spell in green. Cultivate and Kodama's Reach are cards just like Nissa's Pilgrimage , and they help you accelerate your game.

I'm not sure how you feel about infinite combos, but Aggravated Assault and Savage Ventmaw is an option. Grand Warlord Radha has the potential to achieve the same.

I'd definitely recommend cutting Demolish (although that gremlin is quite cute). You could replace it with cards such as Beast Within , Aftershock , Hull Breach , and/or Decimate .

Finally, Dragonstorm is a fun card that allows you to find whatever dragon you might want/need. It's nowhere near as good as Tooth and Nail , but it is a fun and more budget-friendly option for the time being.

I agree with all of Patrickd's suggestions and cuts except I kind of like tornado elemental. Burgeoning would be a good one, especially if you choose to stick with 44 lands (I think 42 may be enough). Run Nature's Lore over Rampant Growth if not both. I'd like to see some more card draw, Rishkar's Expertise Harmonize Faithless Looting Momentous Fall and Lifecrafter's Bestiary all seem like good options. I like Parallel Lives, Ashnod's Altar as a sac outlet/ramp and Zendikar Resurgent as well. Liege of the Tangle is also a fun option, though not the most powerful. Brighthearth Banneret is another one I like. Aftershock could be okay if you find yourself needing more targeted removal. It has nice utility but the downside is the sorcery speed.

As for lands Tectonic Edge, Scavenger Grounds and Kessig Wolf Run all seem solid. Rocky Tar Pit and Grasslands are better than any vanilla dual land that come into play tapped and are on par with Terramorphic Expanse or Evolving Wilds, they have the advantage of being able to grab your mountain/forests, their disadvantage is they trigger 2 landfalls over 2 turns rather than 2 in 1.

I don't like (apart from what's been mentioned) Rogue's Passage, Decimate, Kazandu Refuge, Rugged Highlands, Sylvan Awakening (seems too risky, but could be worth the test)