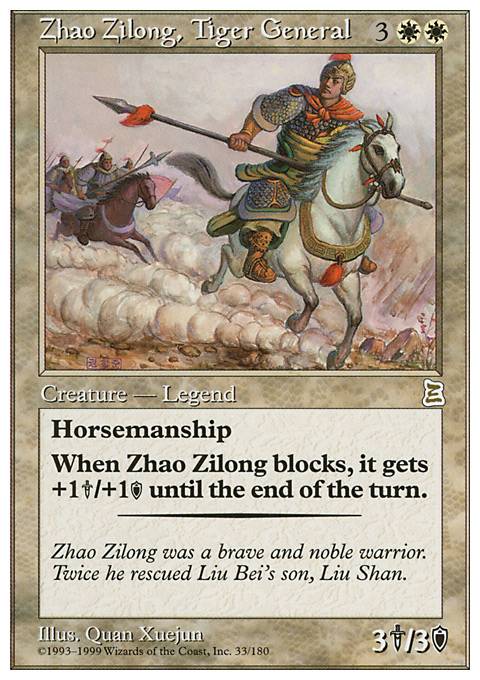 Whenever Zhao Zilong, Tiger General blocks, it gets +1/+1 until the end of the turn.

Maybe make like a mono-white pillowfort deck with Zhao Zilong, Tiger General. Run stuff like Valor Made Real to work with Zhao's "when he blocks" ability.

As I continue my quest to make a deck for every legend ever, Portal 3k continues to ruin my life. There's just a whole bunch of terrible legends in the set, like Zhao Zilong, Tiger General. Any ideas, or am i doomed to build another bad voltron deck?