, Sacrifice a Rat: Create X 1/1 black Rat creature tokens, where X is the number of Rats you control.

Marrow-Gnawer occurrence in decks from the last year 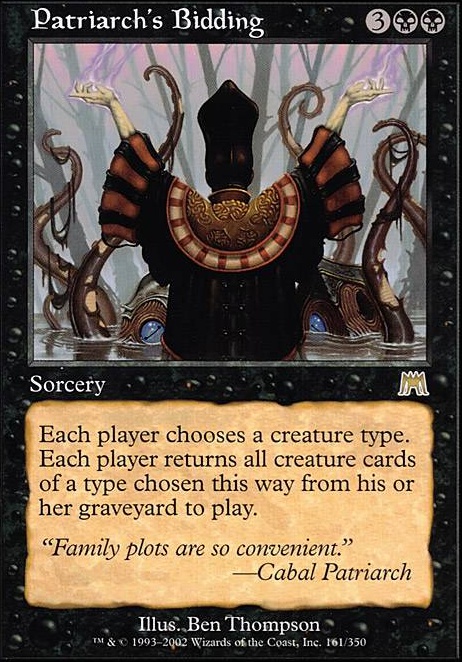 It's all rats? Always has been
by BurritoFather

Thanks for your help on my deck; I thought I'd return the favor!

First of all, +1 from me for rats! I've been working on a rats deck off and on for a while now, and I'll be taking some notes from your deck. ;)

So I know you said you're avoiding the high-CMC dudes like Ogre Slumlord in this version... but are you suuuuuure you don't want 1x Marrow-Gnawer??? I just think in a deck like this that's dropping so many rats, it makes for a great late-game play. In the right matchups, just dropping it and giving your rats Fear might win the game (though obviously side it out against opponents playing black / lots of artifact creatures). But if it can stick around one turn and get back to you, man, that tap ability will seal your victory. Obviously the issue with that is it'll be a major target for removal (assuming they haven't already used up their removal on your Pack Rats / Pipers), but on that note, consider....

Counter magic. Yep, in black. I've been playing around with both Imp's Mischief and Dash Hopes, but I think in the case of protecting specific threats like Pack Rat or Gnawer, I'd go with the former. No one sees it coming in black, so it can make for great game 1 blowouts.

Now, I love your Unearth find, and I'm thinking of trying it in my deck, but have you considered Call to the Netherworld as a discard target for Pack Rat? I know returning to play is better than to hand, usually, but hear me out:

The net result is that you pay the same or one more mana (depending on which creature you bring back), but you only use 2 cards to achieve two activations of Pack Rat plus an extra rat in play, rather than 3 cards. In other words, you have creature 1 in play and creature 2 in hand rather than creature 1 in play and creature 2 in the yard. I wouldn't recommend it if you had a lot of 3-CMC rats, but in your case, I think it's actually marginally better.

What I'm completely ignoring in that comparison is the Cycling on Unearth. Count how many times you actually cycle it instead of cast it, and consider that as well. Guess it might be matchup dependent.

In my deck, I haven't been keeping it format specific, so as my sac outlet, I'm using Diabolic Intent. It's perfect for getting the Pack Rat engine going, grabbing a late-game Merrow-Gnawer, searching up a removal spell, or just going for a big mana turn by tutoring a Cabal Coffers. Sadly, it's not Modern-legal!

Instead, I looked through all the free sac effects (either as an activation on a permanent or as an additional cost on a spell), and the best one I think is Village Rites. It's only 1 mana, it turns on BOTH Tragic Slip's Morbid and Fatal Push's Revolt, it's instant-speed so it pairs nicely with that removal, and it adds card draw to your deck, which is great in a deck where you empty out your hand quickly due to a low curve and discard effects.

The only other option I found is Fiend Artisan. Not a rat, unfortunately, but it's the closest thing to Diabolic Intent you can get in Modern. It not only provides a sac outlet, but it also tutors straight to the battlefield, and because of your low curve, you'll only ever be paying 2-3 mana.

Well, that about does it for me. I ended up writing quite a lot more than I originally thought I would, hence adding the accordion, so I hope at least something in all that rambling helped!

P.S. If you don't mind me prying, where do you live that Time Spiral cards are hard to come by? Feel free to ignore entirely if you'd rather keep your location private. :)

Speaking from experience, I really think that Rat Colony is stronger in EDH than Relentless Rats. The fact that colony counts all your other rats synergizes so well with Marrow-Gnawer. The toughness limitation can actually help you too if you use cards like Skullclamp to get loads of cards, or Grave Pact/Dictate of Erebos to punish your opponents' boards. I also love that it's 2 Mana so it is very easy to flood the field with them. I do think that if you do prefer relentless, take out the colonies and go all in with them; in my own deck, I found that they compete for the same space so running both weakened their strengths.

You may also want to consider having some big mass recurssion to bounce back from board wipes. I really like Twilight's Call, Balthor the Defiled, and especially Patriarch's Bidding.

Ratcatcher is imo pretty underwhelming at CMC 6, I'd replace it with Marrow-Gnawer

I've got a few suggestions for your deck. But before I say anything, I wanna say great job! Some cards that would fit great in here are Goblin War Drums, Dragon Throne of Tarkir, and Emblem of the Warmind as a cheaper and more efficient Haste enabler. I don't have a Krenko Commander Deck, But I do have a Krenko, Mob Boss/Marrow-Gnawer deck. You can go check out some other cards that might fit in the deck there.

Marrow-Gnawer has an... interesting... phenomenon with Thornbite Staff. But going infinite is typically considered uncool for most people.

enpc: Thank you for the feedback. I do think adding a mana cost isn't necessary actually. As mentioned above, the ability is similar to Marrow-Gnawer. The two main differences besides the creature type are these:

1: Nastja isn't a squirrel herself, so you definitely need at least her token to go nuts.

2: Although she brings a food token with her, the tokens the activated ability produces aren't food, so you'll always need some external food source. Compare this to Marrow-Gnawer who can sacrifice his own tokens to activate.

Considering the fact that Marrow-Gnawer isn't the strongest card although there are plenty of powerful rats, I really feel like adding a mana cost to Nastja would weaken her unnecessarily.