At the beginning of your upkeep, sacrifice Vaevictis Asmadi unless you pay . 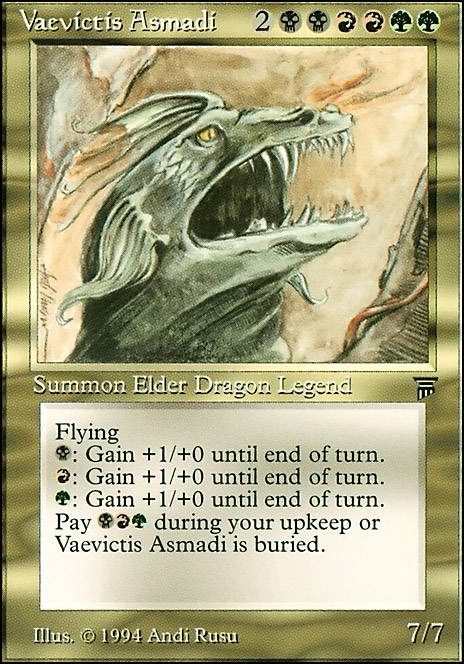 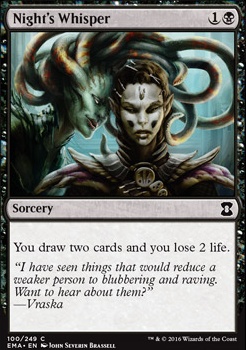 Oops! All Permanents!
by Gheredin

Oops All Permanents
by darklighter143

Not sure I agree with idea of Chromium having a servant storywise, but sure, why not?

, discard a card: ~ loses all abilities and types, and becomes a 1/1 Human with hexproof that can't be blocked this turn.

Designed to synergize with Chromium, the Mutable rather than just Chromium.

Make one of the dragons allied with Vaevictis Asmadi during the Elder Dragon War.

Wihito Here's the decklist that I last played and subsequently retired: Vaevictis build I have since converted it into Sek'kuar brew and I am planning to build an OG Vaevictis Asmadi deck in the very near future.

newbuu2 Deserted Temple is for infinite mana with Cabal Coffers + Rings of Brighthearth . Would Panharmonicon work? I might be reading it wrong but it seems like it only works on ETB effects, which Vaevictis Asmadi doesn't have.

Nicol Bolas, Planeswalker as a template.

+3: Creatures you control get +3/+0 and gain trample until end of turn.

-2: Destroy target creature then add to your mana pool where is the CMC of the creature.