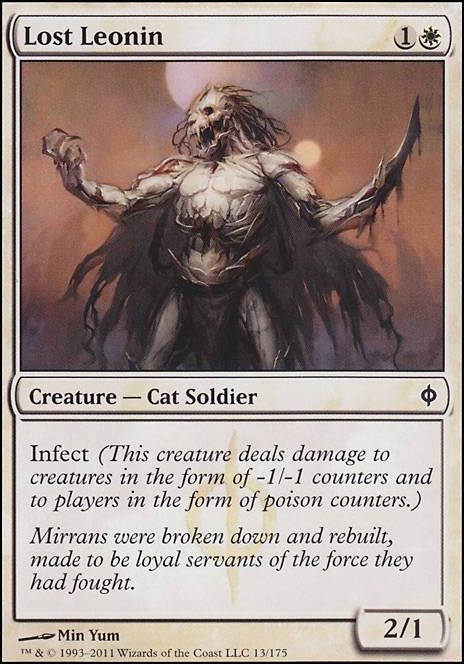 It's pretty good, the vigilance doesn't do much since our cats only get the +3/+3 on our turn during/post combat phase. However, protecting key cats like Lost Leonin early. Later game he can become a double strike enabler as well.

Definitely a nice suggestion and worth some playtesting!

Yeah!, I've played Lost Leonin (in fact I have a foil one back when New Phyrexia was in standar, I loved New Phyrexia) and I used him the firsts months C17 came out. It was very scary, but as you say, it usually tracked very much enemy attention, and got removed long before doing damage or to do the 10+ infect damage. The rest of my Arahbo deck have not infect (not Grafted exoesqueleton, not triumph of the hordes, etc.) so many times lost leonin dealt 5-6 infect damage, got removed and that infect damage became useless.

I really think Lost leonin it's a powerhouse in Arahbo if you modify the deck to play more around infect, double strike and maybe recursion. Also in 1 vr 1 EDH, but in multiplayer is more difficult. In my particular deck that wasn't the case, and combined with the metagame of my playgroup in the moment, I ended cuttin him.

Anyway, maybe in the future Lost leonin gets new tries in my deck, specially if we get more tools to make him shine (Maybe the return of Phyrexians in the future sets give us more phyrexian leonins!)

About Ajani, Caller of the Pride is nice and flavorful, but I prefer Duelist's Heritage wich is bassicaly the same (being honest, Ajani +1 is cute and his Ult is very unlikely to get in EDH, so his real deal is his -3 double strike effect), but Duelist being an enchantment is more durable (can't be attacked by creatures) and can be used as a very useful political tool, as you can offer give double strike to your opponents creatures if they don't attack you, for example. In general, I think this isn't the deck to play any Planeswalkers, as it's very offensive and exposes them very often.

Hello good sir this is such a neat decklist but there's no Lost Leonin nor Ajani, Caller of the Pride . Soo does your playgroup hate Infect or is it kinda spacious since it just gets removed on the turn it gets removed? The possible Turn 3 kill looks promising though (I know the probability is very low to get them on the spot) 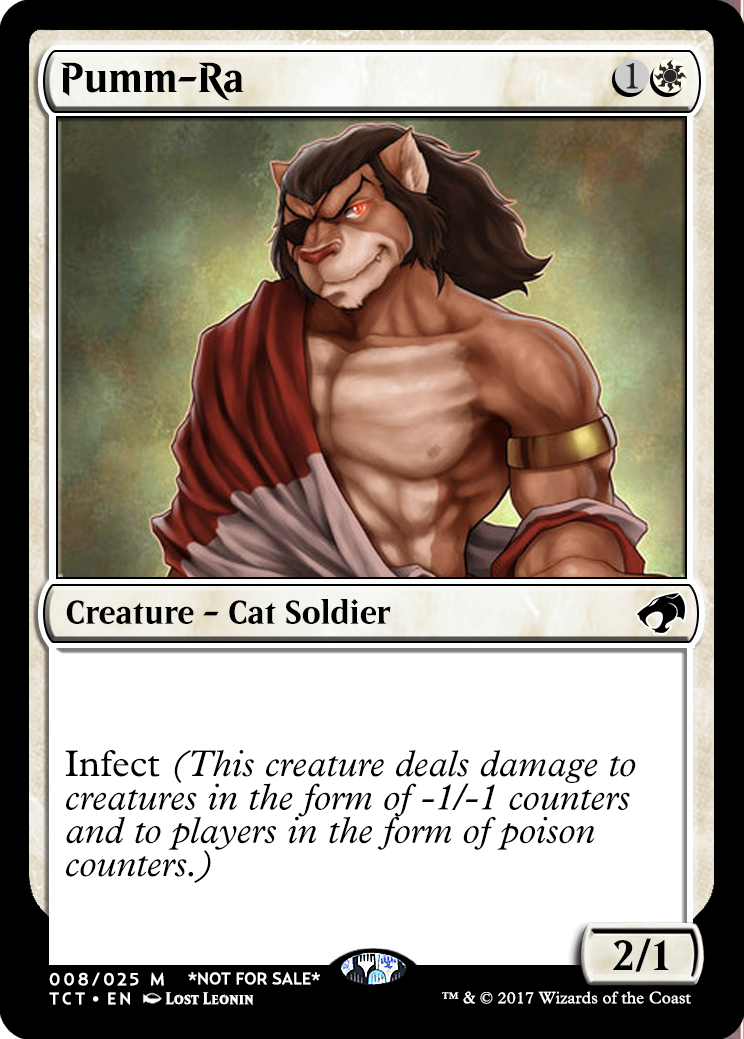