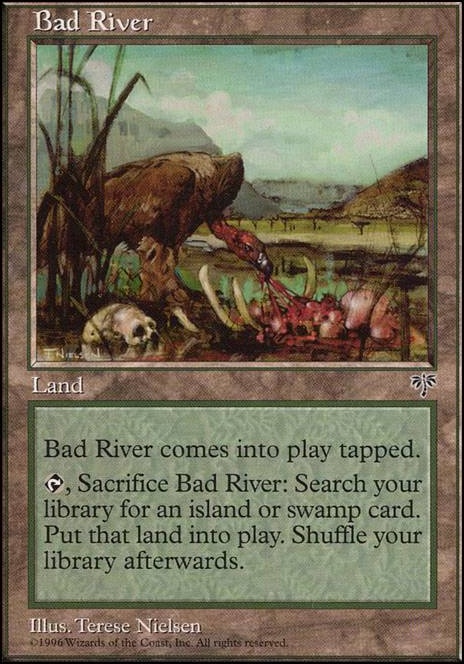 {T}, Sacrifice Bad River: Search your library for an Island or Swamp card and put it onto the battlefield. Then shuffle your library.

Bad River occurrence in decks from the last year

Phenax, God of the Toughness (and Mill)
by Generaljlv