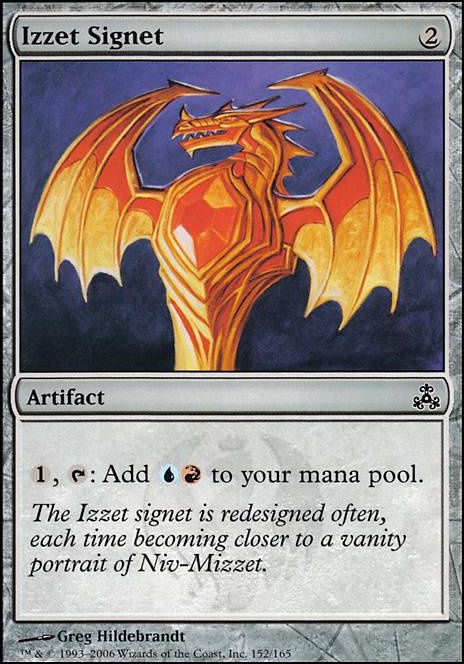 Love the flavor! One nitpick, I'm not sure Wake of Destruction works with Urborg the way you wrote. If I'm not mistaken, Wake destroys each land with the same NAME. Urborg gives each land a similar TYPE. Consider any dual land cycle as an example: Watery Grave.

SentinelElf2711 thank you for the suggestions. I did more research of UB decks and saw Stern Dismissal as a solid T1 answer (as we want to start milling asap). I liked the idea of Assassin's Trophy, again as a way to force a search for our opponent. The splash for green is not awful. I would just replace a Watery Grave with Breeding Pool to help. If it's only 1 Green pip, I don't see the huge issue. It's not a hard green push. Thassa's Oracle is a very interesting option. Didn't think about self mill then win off of it. I'm still tweaking on paper, so I don't have an updated list to show you on tappedout. Thoughts on Hunted Horror as an unconventional answer to Leyline?

Hey Balaam, this is a neat combo deck! I have never seen a competitive deck utilizing Grand Architect and Pili-Pala. I think this build has a lot of potential. I have some initial comments for your consideration:

First of all, in Modern, I would argue that there are 3 primary deck archetypes, based on the amount of turns it takes for a deck to get going: Aggro decks lead with lots of damage potential in the early turns and often expect to win by turns 3-5. I frequently play against a friend who has a green stompy deck, and that deck deals over 20 damage by turn 4 consistently via mana ramping and powerful creatures. I like to use that example as a good benchmark for deck building. Midrange decks rely on counterspells, disruption, and removal to allow the deck to develop and secure a turn 4-6 victory. Control decks utilize similar tactics but have a longer gameplan, and stall until sealing the deal after turn 6 with large creatures or one/two-hit kill spells.

I think this deck falls under the midrange category, since you are trying to keep your mana costs low and execute your combo as fast as possible. The problem I see in this build is that if you donât pull off the combo by turn 3, you have no blockers on the field, and you are relying on reactive counterspells to protect you until you can pull off the combo. Thus you will have an inherent problem against very fast aggro decks. Another issue is that the mana curve of this deck is a tad bit too high. You are running 0 1-drops, so on turn 1 you will always have a wasted turn. Furthermore, most competitive Modern decks rarely miss a land-drop and avoid lands that come into play tapped (unless the lands are very necessary). I think Tolaria West is too slow for that reason. Although it is useful for transmute, you are running plenty of other transmute cards and you should be able to pull off your combo without slowing down your mana development.

To remedy these issues, first I suggest swapping out the Tolaria Wests for Polluted Delta. Fetchlands help search for Watery Grave when necessary and help thin and shuffle the deck, so itâs more likely youâll get your combo pieces.

Don't you worry about not having experience, your suggestions are very valid!

Apostle's Blessing is great for:

Making them generally unblockable early in the game where the damage means most,

Hurting you directly with Phyrexian mana to empower Scourge of the Skyclaves,

Protecting your creatures from harmful spells, similar to how you'd stub a push.

It's dead in hand most of the time, but good for squeezing out extra damage. You find yourself holding up 1 mana when you can to protect your most important thing, be that a Scourge, Slifer the Sky Dragon or even a simple Swiftspear. I like to keep at least 2 in for those choice moments when the opponent is highly interactive, and it's an easy board swap when they're not.

Light Up the Stage was an addition from the Izzet Prowess list. I find it's good for refilling my hand after I've made a devastating blow on T3. Running out of gas is a killer and this is good for picking up the pace. I have no idea what I'd take out for a fourth, it was already hard to squeeze in the three I have!

I feel that both Lava Dart and Gut Shot are in good places right now. I could swap out one of each for the other or visa versa, but I see them quite a lot when I need them.

Gut Shot is also great for enabling Stormwing Entity T2, so I'd be moving out a Dart for a Shot in most cases.

I did actually try the 1-of Watery Grave and found that the hands I was drawing with it in were stymied by it not producing red.

In the end, the chances that I'd draw either just my Scourges, Stormwings and Thoughtseizes without any red cards are few and far between. My large amount of fetches over shocks do more than enough to fix my mana and destroy my life total.

Also, on the topic of basics, you find a lot of players using both Path to Exile and Field of Ruin. If I played one less basic, the deck would be far less useful against these cards, turning Paths into 1 mana exiles with no upside for us, and Fields into Wastelands.

Thank you for your interest in the deck!