-8: Target opponent gets an emblem with "Whenever a player draws a card, you lose 2 life."

Ob Nixilis Reignited occurrence in decks from the last year

Lifegain of the Party
by FANNY8614 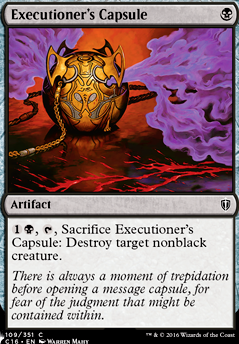 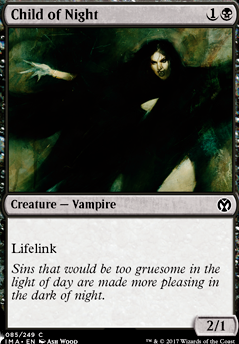 In regards to draw support, it depends on how fast you want it. Ob Nixilis Reignited and Bloodgift Demon are serviceable in most casual builds, including my own, Heavenly Inferno, and would effectively give you two more copies of Arena. For your build, I'd also recommend Sign in Blood and Read the Bones for added redundancy. Vilis, Broker of Blood is also pretty handy and would cause you to draw more from these effects.

My Other Wagon is a Pimp Carriage

First off, thanks much to Argy for your kind consideration of this deck & your advice of ways to improve it - immensely appreciated!

Iâve already identified no less than 7 cards that are ineffective & can easily be replaced, some with your suggestions. It was in fact âthrown togetherâ w/ stuff I already had - canât fool you, huh? EBay is still my source, and I heard nothing but good things about Castle Locthwain, so I immediately ordered 2, already received. Rob Nicholson II (aka Ob Nixilis Reignited) also purchased & on his way to PO Box.

Seems Iâve become a theme decker @ this point, and I think Murderous Rider would make a splendid horseman for the carriages. Iâm gonna add some Midnight Reapers for this purpose, too: both are great âM.R.â Black riders, but from what I can find available @ the moment, the Reaper is Cheaper!

Last but not least there will be a Whip included, as well as a couple/three disposable robotic coachmen.... custom categories will be enabled for maximum silliness. Stay tuned for the upgrade... hopefully will be significantly more of a functional build after the changes.

My Other Wagon is a Pimp Carriage

This deck is built more like a Commander deck then a Pioneer deck. That means it won't be very consistent. It also means that its path to victory isn't clear.

Take a look at this deck Sarkhan's Dragon Den

It has three very clear win conditions. The description also describes what it wants to happen in the early, mid, and late stages of the game.

Once you decide how you want this deck to win, work out which cards will get you there. Beef them up to 3 and 4 copies, and start cutting back the single copy cards.

I'm not sure of your budget, either. I have a feeling that you mashed this list together out of cards you already own. I can tell you from approximately six years of brewing my own decks, you are unlikely to win any games at a tournament without buying a good number of Rares and Mythics for your deck.

I have played with both.

Once again, I have been playing with this card and it is ridiculously good.

You have no good ongoing draw in this deck. I use Ob Nixilis Reignited

Due to the fact that Ob Nix uses my life, Murderous Rider helps offset that, as does Kalitas, Traitor of Ghet

Kalitas is very good at the moment, as he exiles creatures. People have a lot of recurring creatures in the current meta.

You have a lot of work to get this deck more ship shape.

When you've made it more competitive give me a shout, and I'll take another look at it.