, Pay 2 life: Return target creature card from your graveyard to your hand.

Phyrexian Reclamation occurrence in decks from the last year 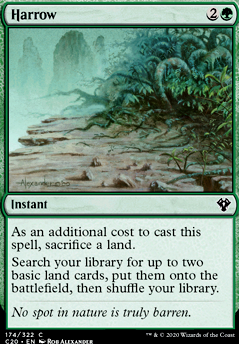 Guildmaster of Life and Death
by bem77

He Sacc'd Everything But the Budget

I see you have a lot of creatures that reanimate themselves (i.e., Bloodsoaked Champion), and also a ton of creatures that give you value when they die, both for the purpose of sacrificing to Yawgmoth (I assume). It might be nice to add a couple of cards to reanimate the little-er stuff with some amount of repeatability: my favorite is Phyrexian Reclamation, but I bet there are a ton of budget options for that kind of thing. Also, another one that might work is Shirei, Shizo's Caretaker.

In fact, looking over this list, I see a lot of similarities to Shirei lists. If you are interested in seeing some cool mono black aristocrat stuff in a tight budget, you might Shirei, Guiding the Dead " href="/mtg-decks/primer-shirei-guiding-the-dead-primer/">">check out my deck if you have the time: .

sub780lime I haven't had many problems with Reflecting Pool or Exotic Orchard's consistency, so I prefer them over the forced life loss from City of Brass and Mana Confluence. In some testing I've done with these painlands, there were instances where the life loss mattered, especially when it came to low-life razaketh/necropotence usage. Ultimately, it doesn't matter much, and I would understand swapping them based on preference. In playgroups that rarely play white and/or black, orchard is bad, and reflecting pool gets worse the less lands we have. For me, they've performed better than the painlands on average.

In terms of Austere Command, everything's a bit hard to trim from. For the sac outlets, unfortunately 5 of them are inconsistent (High Market, Victimize, etc.), and one of them is 8 mana. Additionally, the inconsistent ones are in the deck for reasons other than being sac outlets. The cards I'm considering the most are Victimize, Phyrexian Reclamation, and Living Death, but I'm still not sure I'd want austere command instead of any one of these cards.

Mj3913 on Tetzimoc as a commander?

Expedition Map can find Command Beacon which can put your commander in hand. If you want to do it repeatedly, Crucible of Worlds will allow you to replay the land. Or cast commander once, and return from graveyard to hand with stuff like Phyrexian Reclamation