Search your library for a creature card, reveal that card, put it into your hand, then shuffle your library. 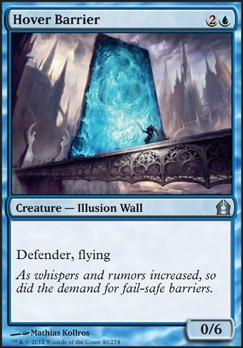 Champion of Lambholt goes great here, making your creatures pretty much unblockable. I would also consider adding Parallel Lives, Primal Vigor, and Anointed Procession to the deck as backups if your doubling season gets removed, because it will be targeted frequently in a more competitive deck. I would also throw in a few tutors such as Enlightened Tutor, Idyllic Tutor, and Eladamri's Call to help find your pieces quicker. I have a Rhys deck I run and personally consider to lean towards the competitive side if you want to check it out for any other ideas. 0-60 in 3.5! (Rhys tokens) I personally love all of the X costing token generator cards to help speed up and fill up the board really quickly.

Yeah I mean, I guess being aware of it is the best thing one can do, you know? Those ponza-style decks usually have some tells T1 and T2, so that even on game 1 one may sort of know Blood Moon might be coming. But of course it's super dependant on coin toss: on the play, even if they've got ramp (w/ Utopia Sprawl or whatever elf the're playing) you usually get 3 turns to set up your mana; on the draw, you may only have 1 or 2 turns, so it's super sketchy. Of course, adding x4 Noble Hierarch would help immensely, but you'd have to tear the creature package to pieces and it's not worth it.

Leaving the Blood Moon dilemma aside, I've got a few more questions for you if you don't mind:

Hmm... So, here's my thoughts of things that could be pulled. I think Mana Leak is kinda weak in Commander. It's strongest early game, but Commander games tend to drag on longer (At least in my experience). I also think Eladamri's Call could probably be pulled, mostly because Overlord is usually just going to make it redundant, especially if you've got Heartstone or Training Grounds out, and your other tutors have a lot more flexibility. Personally, I'm usually not a huge fan of using a lot of tutors because they can make games kinda repetitive, but it depends a lot on your playgroup there. Dormant Sliver can be kinda risky, you've got three Slivers that allow you to get it off the battlefield via sac or bounce, but if it gets stuck on the battlefield you could end up sorta stumped. I dunno, without having played the deck myself, I'm not sure if I'm fully on board with those pulls, but that's where I'd start.