They're In The Trees Man!
by GrimVeracity 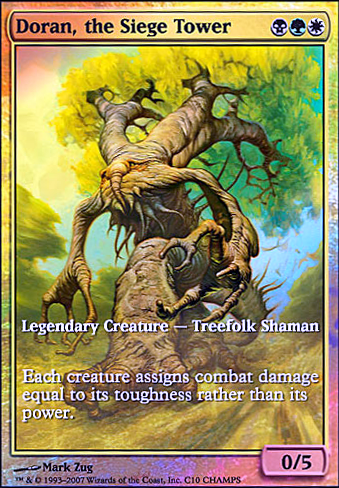 Indatha Triome is illegal in this deck. I'd just swap it for Barren Moor.

I'd buy Legends that you want to build around. You don't NEED much of anything, they just speed up the process. Lands would be the only exception I guess, but even still, lots of Basics are not terrible in some decks. Command Tower, Mana Confluence, Forbidden Orchard, City of Brass, maybe triland sets like Seaside Citadel or Indatha Triome...ect.

FSims81 on The Stock Exchange: An ongoing ...

Looking for some cards to finish out a deck:

Thanks for all your input on my RR deck. I've gotten the CMC down to like 3.07 or something. I've been admiring yours and thought I'd toss you a couple recommendations.

Indatha Triome exists now and you might want to replace one of the lands that come in tapped with it. You might wanna just make the lateral move from Sandsteppe Citadel seeing how it provides the least immediate value.

You might want to replace Vindicate with Anguished Unmaking so you have another potential response on your opponent's turn.