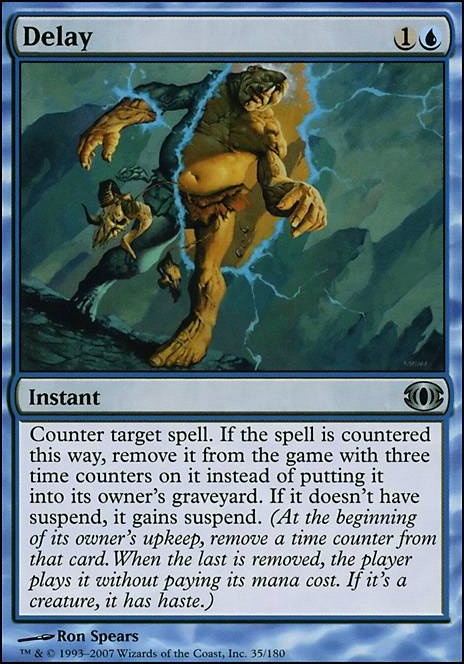 Counter target spell. If the spell is countered this way, remove it from the game with three time counters on it instead of putting it into its owner's graveyard. If it doesn't have suspend, it gains suspend. (At the beginning of its owner's upkeep, remove a counter from that card. When the last is removed, the player plays it without paying its mana cost. If it's a creature, it has haste.)

No Land EDH! But Why?!
by Xingact 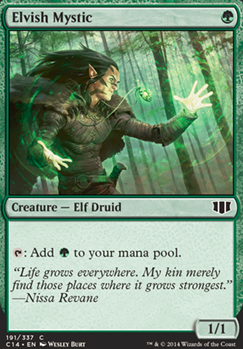 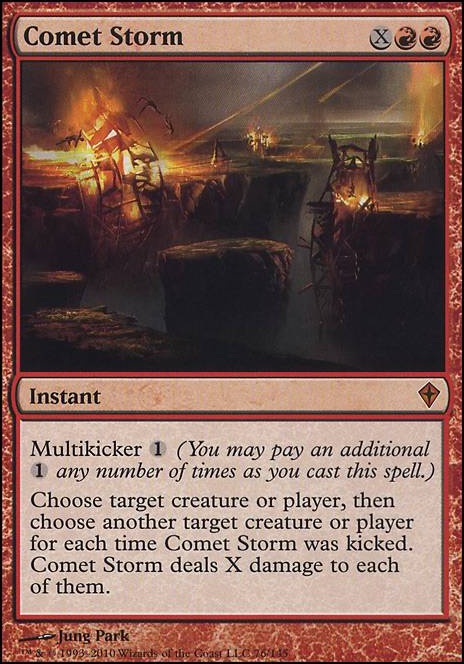 so, I'm not really sure what this format is but a few cards that can be considered are Fatal Push, Swords to Plowshares, Path to Exile, Delay, Counterspell, Serum Visions, Preordain, and Brainstorm. These are all generically good cards and should help you do your game plan with ease.

Mystic Remora always puts in work for me. Swords to Plowshares is best removal printed to date. You're gunna have a hard time winning against the counter suite that is Mana Drain, Force of Will, Force of Negation, Counterspell and Delay. Also, I highly recommend bringing new prospectives in from your board it belongs in every cycling deck capable of running it.

This is a personal deck building tenant of mine, so take this suggestion worth a grain of salt but I say "The more interaction, the better". You only have 5 instant speed spells, and of those spells 2 are counters. Since blue is such a predominant color in the deck i'd suggest you include more counterspells. Some suggestions include: