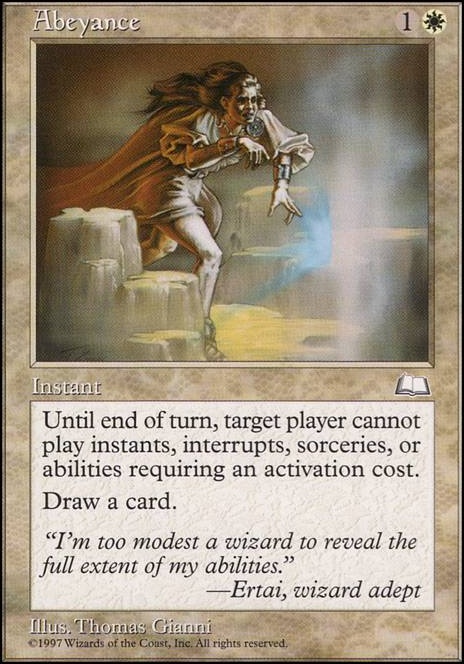 The Black Rose and Her Thorny Wroth
by Jett2112

Kind of a pet deck
by DadHumanPraetor

Cephalid Coliseum is an interesting one and likely playable. Though I have some hesitation with the Threshold, it is a card in EDH which is relatively okay to run.

I like Tale's End. Trickbind in this meta may be stronger though. I think it's a solid choice after though for added tech, but I may lean Stifle over it. 2 CMC can't be countered + 1 CMC over the Legendary clause. But that clause is for sure still okay.

I'm generally not too impressed with Abeyance. It sometimes works and sometimes doesn't help. I think in the current meta having cards with failure modes is less acceptable than it used to be. Similar reasoning to Narset's Reversal. With the card quality where it is, there isn't much motivation to play cards with capacity to miss.

I think that's all I got. Good luck!