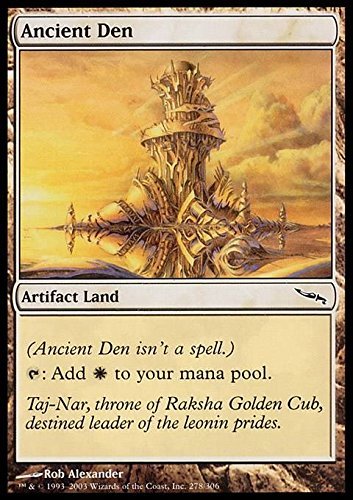 Shop guys, additional info I just ordered Sword of Fire and Ice and Ancient Den for my deck. This should represent a huge boost to my decks power lol

No problem. One last thing, youâll probably get more views (and more tips or suggestions) if you changed formats. Iâd remove Ancient Den and make this Modern legal. I realize it messes with the synergy since they count as artifacts, but for more visibility on the site it might be worth it.