Artifact abilities of artifacts your opponents control can't be activated.

+1: Until your next turn, up to one target noncreature artifact become an artifact creature with power and toughness equal to the amount of artifacts equal to their converted mana cost

-2: You may choose an artifact card you own from outside the game or in exile, reveal that card and put it to your hand 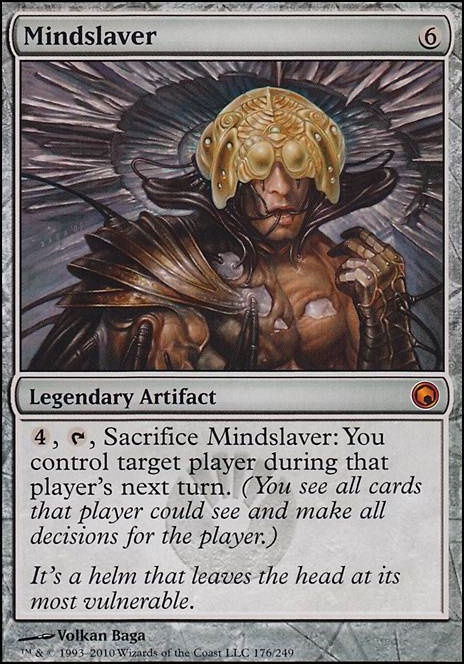 Mother of Runes is good for some redundancy and can help protect against exile effects or push through damage. I've actually enjoyed Hushbringer - made this korvald player a bit salty. Karn, the Great Creator - can be a combo piece or help you get key artifacts out of exile. Serra Ascendant - helps with early game pressure. Lastly, Ranger-Captain of Eos is a little guy Tutor with built in silence :)

Balaam__ did you play with it on tappedout? Also thank you. Jank is fun as hell. It used to have Greater Good so i could draw out every eldrazi in the deck but it was a little overkill and no sense in having all of the out when 1 usually wins. So Karn, the Great Creator was added, to make the Fist of Suns or Golos, Tireless Pilgrim get in play faster

Reznorboy on Fixing White in EDH

What I have learned from playing EDH myself in terms of this conversation is that mono-White is appallingly bad at just about most things IF:

You are new to the game.

I think someone mentioned that most good white cards break the social contract;

I think that 99.999% of decent white cards poop on the social contract.

I really hate the social contract, seriously, and this just reinstates that. An entire color became "unviable" simply because people decided that you're not allowed to play it.

I think what the original poster is trying to get at is that white should have more "socially acceptable cards", because currently, there are almost none.

Imagine playing Luminarch Ascension and NOT getting your face beaten in. It just doesn't happen unless you have some sort of back-up plan, and how is a casual player supposed to know that a back-up plan is required?

I honestly think that white should have some sort of way to be played in EDH without instantly making you Archenemy and having people threaten to stop playing with you.

Also, salt is real. I once literally played Braids, Conjurer Adept, a group hug deck, and then dropped Karn, the Great Creator and someone who was playing an Artifact deck scooped and then basically told me that I should learn to stop hating humanity and fix my toxic ways.