You may cast Squee, the Immortal from your graveyard or from exile. What's the worst that can happen?
by nothingstar 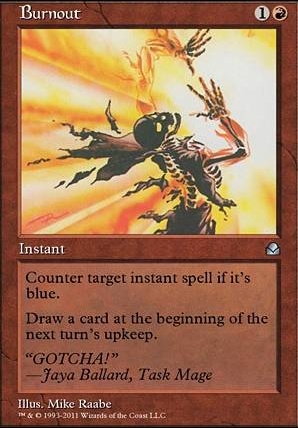 You can do the old Food Chain combo with Squee, the Immortal or Eternal Scourge.

I got inspired to build a Squee, the Immortal exile tribal deck because of this. I remember playing against your exact deck while in naval nuclear power school. The memories were great. Can't wait to see how this deck upgrades through the years.

Feels like a mash up of a bunch of decent-good creatures without much of a direction. Not that this is a bad thing, just an observation. Switching your commander to Golos, Tireless Pilgrim could help bring this together a bit more or maybe you could go the foodchain route with Eternal Scourge, Squee, the Immortal and Misthollow Griffin and poop your deck onto the table.

You can always run Food Chain and Squee, the Immortal to generate infinite mana of WURG. Then you cast Omnath, draw card, exile to food chain. Repeat drawing your deck till you hit a win con. Like Lab Man or Finale of Devastation etc.

It looks like you'd be best off using a sac goblins/artifacts theme, meaning you can get a fairly powerful deck if you make on or two minor theme concessions.

Cards like Kari Zev's Expertise and Molten Primordial are powerful effects, especially with something like Ashnod's Altar. Lure in those customers, then drain their pockets of latinum.

I also like Squee, Goblin Nabob and Squee, the Immortal here. Especially Immortal over Eternal Scourge.

Squee, Goblin Nabob can't be moved back to your hand from exile. Once exile, he's stuck there. If you meant Squee, the Immortal, when you cast him from exile he does move zones, so when Chrome Mox looks at the colors of the exile card, it doesn't find any card, so it can't identify any color. That is, if you tap Chrome Mox after casting Squee, the Immortal, it won't tap for any mana.

My Omnath, Top of the Elemental Food Chain deck is a cEDH deck, which means that it's not tribal. The point of the deck is to generate infinite mana using Food Chain and creatures that you can cast from exile: Misthollow Griffin, Squee, the Immortal, and Eternal Scourge. With infinite mana, then you cast Omnath, Locus of the Roil infinite times, pinging everyone down one point at a time.

I have a casual Omnath list here: https://tappedout.net/mtg-decks/omnath-locus-of-land-creatures/ This brew is focused around animating and attacking with elemental lands.