At the beginning of your upkeep, create a 2/2 white Cat creature token for each equipment attached to Kemba, Kha Regent.

Kemba, Kha Regent occurrence in decks from the last year 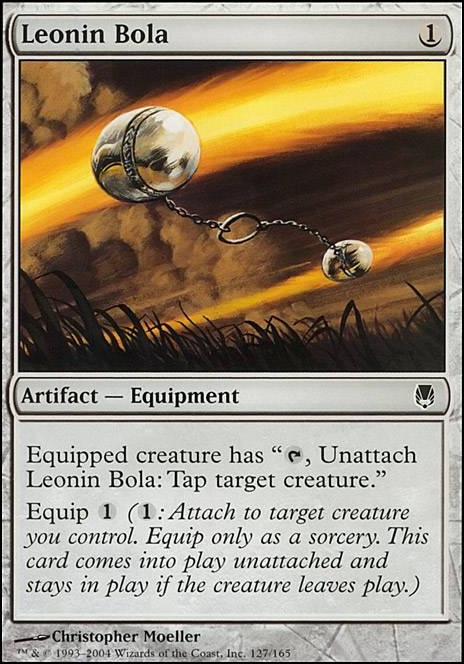 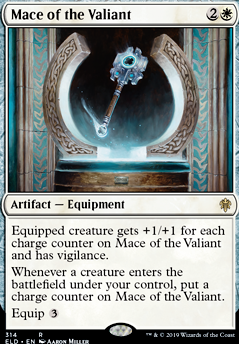 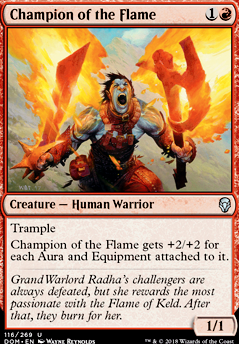 When Leonin Shikari and Puresteel Paladin are onboard, it's amazing to reallocate all the equipment to make cats, and then utilize the equipment onto unblocked, or blocked (giving trample) attackers.

Some games Kemba, Kha Regent has made an impact, lots of the time, I feel like it's just wasting the equipment from other attackers to make vanilla 2/2 creatures. Depends on the situation. The more token makers the better value your get from Kaheera, the Orphanguard as well, so the direct replace does make it a bit slower. I just found Kemba, Kha Regent without a centralized equipment focus was too slow.

Dunno if that helps but Kaheera, the Orphanguard in the 99 is a fair trade, as a companion, means quite a bit of re-evaluation and rework.

SirChris39 thank you so much for the support, my Balan, wandering knight deck is the physical list that I currently own (that's why it's not 100% optimized). She's actually a really good mono-white commander that even if you can see it coming, there's often no stopping her. I love how artifacts can almost completely make up for the short falls of white. I actually keep a side board of cards handy so I can change commanders and strategies between games, so when I pull that deck out you never know what to expect. Again thank you for your support, I plan on expanding my list greatly once all the turmoil settles down. If you have any thoughts or suggestions I'm always open to input. Balan is a wonderful commander who is one of the best Volton commanders in mono white. Fully optimized it wins turn 4-6 with the set up I have now it's more like 6-8. Still, the look on people's faces when Balan swings in the first time and dethrones the strongest player is priceless. Balan is also great because she can react to instant speed removal as long as I have the right equipment, and I usually do. My favorite white commanders: Kemba, Kha Regent make an unstoppable army that makes her unstoppable, Sram, Senior Edificer play 0 cost equipment and draw way more cards than anyone else in mono-white, Balan, Wandering Knight hardest hitting Volton commander who lets you cheat equip costs (because whowould think that's a thing. I'm actually curious about Syr Gwyn, Hero of Ashvale so I can use Embercleave and a little knight tribal.

Joe_Ken_ not a bad suggestion. I was considering wayfarer's bauble. I need to update the list. Burnished Hart is one of those cards I overlooked, but once I have Foundry Inspector it would look a lot better. I do consider my cost reduction cards to be mana rocks too in a way, if they reduce a cost they essentially produced that mana. Mind stone is cool, but it's kinda weak tbh. If I'm going to add another mana rock it would be Thought Vessel or something crazy. Knight of the White Orchid is also on my list, because it's a staple. I still have a large wish list, but I want this one to represent my physical collection. Still, it's a deck with about 180 cards and 3 commanders Kemba, Kha Regent, Sram, Senior Artificer, and the star is balan (in this version). I use proxies in the other 2 versions, but this one is pretty dangerous. It's great to represent what is thought of as a weak color (white in commander), by supplementing its weaknesses with artifacts. Can't wait to get it down to 100 for now.

Monomanamaniac on Activating abilities in between the ...

That makes sense. It gets out of hand really quick. I was running it in the 99 of my Kemba, Kha Regent deck and have been more impressed by it in most games. Better voltron commander but kemba is a better go big, go wide commander in multiplayer. Now I know this works I'm going to make a Balan edh deck.