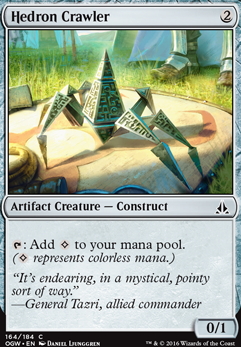 Hedron Crawler occurrence in decks from the last year 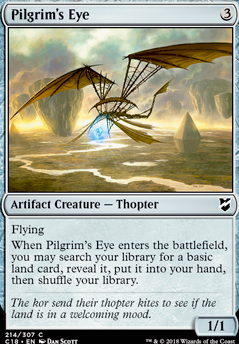 ok i will admit my perception of what is CEDH is probably a bit wonky.

here are some other fun cards Ghirapur AEther Grid Mishra's Self-Replicator Metalwork Colossus (actually this is pretty good for you...another draw trigger from the grave) Displacement Wave flexible boardwipe/way to recast a bunch of stuff

also Quicksmith Genius is another looter...

Chromatic Sphere remove renegade map or something for it

is there a reason you aren't playing the other 2 cmc mana rocks like Fellwar Stone , Talisman of Creativity , Fractured Powerstone , or even cards like Manakin , Hedron Crawler might be ok to play

It feels like to me that the ultimate goal is to cast jhoira turn 3 and try to win in the next 2 turns. but you only have 6 mana rocks so whenever i play tested it felt like a good number of times i just played 4 lands and casted jhoira.

Hi, What about Kher Keep in the mana base ?

Also, i'm running a cheap version of this deck (around 50 dollars) but including more mana dorks (ie Iron Myr Plague Myr Hedron Crawler , Manakin ) what do you think about thoose dorks ? cheap acceleration that synergise with zada, putting more creatures on the board

Also playing impact tremors as a finisher, generating a ton of token, did you tested it too ? Thanks for updates !

To the Grave! (Help speed)

+4 Hedron Crawler over your Non-mill cards ;)