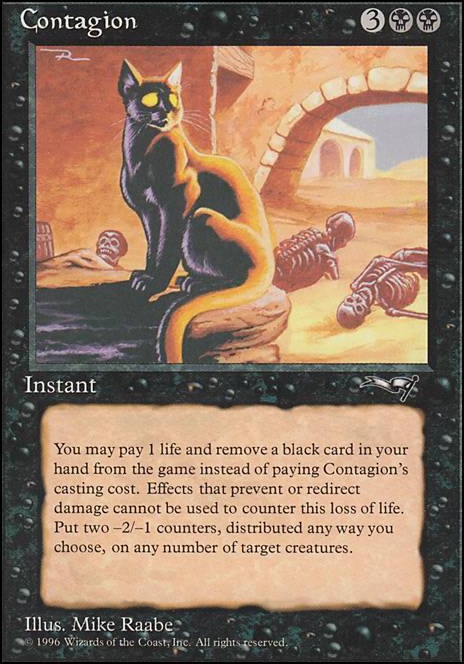 You may pay 1 life and remove a black card in your hand from the game rather than pay Contagion's mana cost.

Distribute two -2/-1 counters among one or two target creatures. 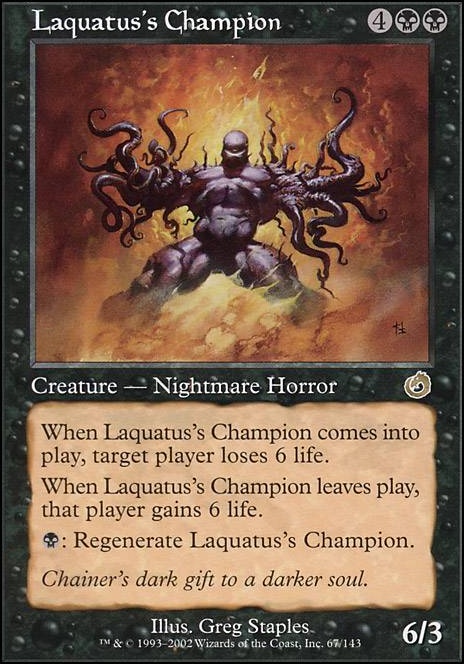 dingusdingo First Nevermore is never ever played in cEDH and it doesnt even affect Yuriko since Yuriko isnt cast at all.

Sol Ring is just a preference. It can be good, can be bad depending of your starting hand. If you also have another mana rock and enabler it can be amazing. I do agree it is amazing in a turn build, but he doesnt like it.

Misdirection is strictly better against a lot of the Uncounterable spells present in cEDH and isnt even that bad in a counter wars. It is still free

Swan Song is a good counter I wont say the opposite , but in his meta it is likely worse. I wouldnt play Tale's End if it was me, but he has probably reasons for it.

Pyroclasm doesnt kill Yuriko First. He still has other counters to counter Pyroclasm.

Whiplash Trap Contagion arent amazing in creature-less meta, but in a meta with a lot of dorks i can understand his reasoning.

About the no Top List... Again Top is a preference. It is an amazing late game grinding tool when you have the mana for it and can help in a pure burn/turn list like Selesnya, but in a more controlly/tempo one, you need all the mana available.

You are just being a rude guy and there is no need to be super agressive and treating him of clown. Maybe you are defending your friend, but no need to be passive/aggressive. You did make your point but it was unecessary to be rude.

I played against one of them with my Kess List (not updated on tapped out, it is a fully fledged one) and I was surprised by their differents build.

The Yuriko discord is a lot bigger than him and the other guy I'm pretty sure, and your "friend" selesnya should maybe come to the discord to discuss his choice

Doesn't run Sol Ring but your second preferred combo involves repeatedly casting Time Warp. Yeah that's gonna be a "No" from me dog.

I can appreciate high CMC alternate cost spells, but Whiplash Trap is too conditional. Also Contagion is not good enough removal to take a slot.

Is there any reason not to run all the man-lands (so you can block 1/1s) as well as utility cards such as Massacre and Shriekmaw (which are in your Maybeboard) as well as Contagion , Nemesis Trap , Outbreak , Ravenous Trap , Price of Fame , Damnation , Bane of the Living , Haunted Cadaver , or Boompile ?

HI all, I want to make nasty land denial mono black deck, where opponent will be locked to play spells.