You may play nonland cards as though they had flash.

Vedalken Orrery occurrence in decks from the last year

Deal or No Deal
by Tyughjbnm89 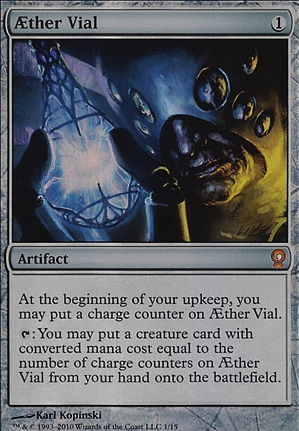 Oona, Queen of Artifacts
by Pking1993

I would add Expedition Map for the usual land tutor of Urborg+Cabal and maybe one or two cards that allow you to play extra-lands like Oracle of Mul Daya , Burgeoning or Exploration . To add redundancy I'd suggest also Seedborn Muse and maybe, depending on the direction that you want to take your deck also Vedalken Orrery . For the removal slot I'd add Toxic Deluge , Abrupt Decay and Assassin's Trophy . Anyway, this are just some quick ideas, it really depends on the direction that you want to take with this commander: landmatter, big-mana, life-gain, aristocrats, ecc... The most important thing though? Have fun!

I'm also in process of designing a possible future Beledros EDH, so watching other people ideas like yours is always helpful.

I had some ideas you naybe find interwsting: Eternity Vessel to abuse of Beledros land untap, Wilderness Reclamation and Seedborn Muse just to gain that effect if Beledros isnt avaiable due to control, Vedalken Orrery to keep playing more cards in opponent turns or in response of things. Exsanguinate as both a way to recover life and as a bomb?

Hope you find some of those interesting, greetings!

I'd also wanna run Vedalken Orrery in this thing. Don't know what I'd cut to get it in there though. I'd probably cut Glaring Spotlight . That card is too situational, seems underwhelming.

You need 5 mana: W, U and 3 whatever. Cast Teferi's Protection , after it resolves cast Chronatog . You're gone, but the Atog is still there. With cards like Burgeoning and/or Vedalken Orrery you even can still play without having a turn. This Deck sounds like fun (when all the stars align).

Lhurgyof, thanks for the comment! I'll check out your deck later. If you're interested, look at my other land destruction deck: Klothys Hates Your Lands, though I haven't played that one in a bit.

Fall of the Thran was the last card I cut from this deck, which I removed to make room for Vedalken Orrery (because I only have one instant in the entire deck). I think it works better this way, but it wasn't having problems before I made that change, so who knows. 6 mana is a lot for this deck (yeah, just ignore that part of the 2nd commander; he's just there to add green to the color identity and be an overpaid dork).

The balance stuff is right out. I would lose way too many artifacts to those cards. God(s) willing, my meta never figures that out.

Storm Cauldron is an interesting idea, definitely. I have it in my Yarok Loam deck, and it's a powerhouse there. Not sure how effective it would be in this deck, but certainly worth playtesting. I'm concerned about opponents getting double uses out of that one land they get away with having, and then keeping it in their hands so that I can't blow it up. Again, worth playtesting.

Constant Mists is much the same. Great idea, but I often go many turns without any land in play. I have plenty of mana to cast spells because of rocks and dorks, but no land to sac for the buyback. Still, worth playtesting. It's one of my favorite underrated cards.

Thanks for checking it out! Oketra is definitely a blast. I really enjoy all the utility in the 1 drop creatures. I didnât run a lot of staple ones like Mother of Runes or the like, because they tap, and so they need haste for immediate use. i wanted to be able to use those abilities at any time.

I used to run more flash stuff like Vedalken Orrery or Winding Canyons but it didnât seem as necessary as just knowing when to hold up mana, or which lil guy with a sac ability to leave on the battlefield, ya know?