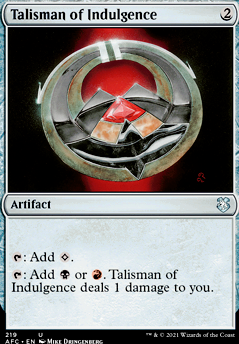 : Add or . Talisman of Indulgence deals 1 damage to you. 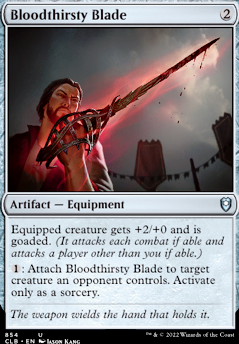 Two mana ramp allows you to play your commander on turn 3 and helps you get the mana you need to cast your big spells and copy them. 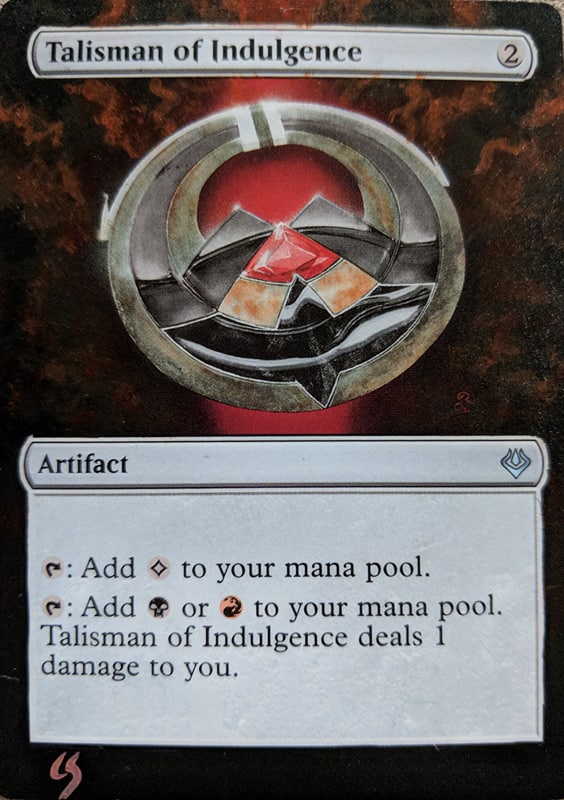 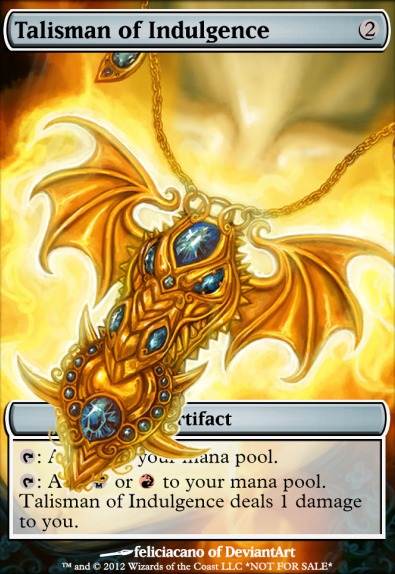 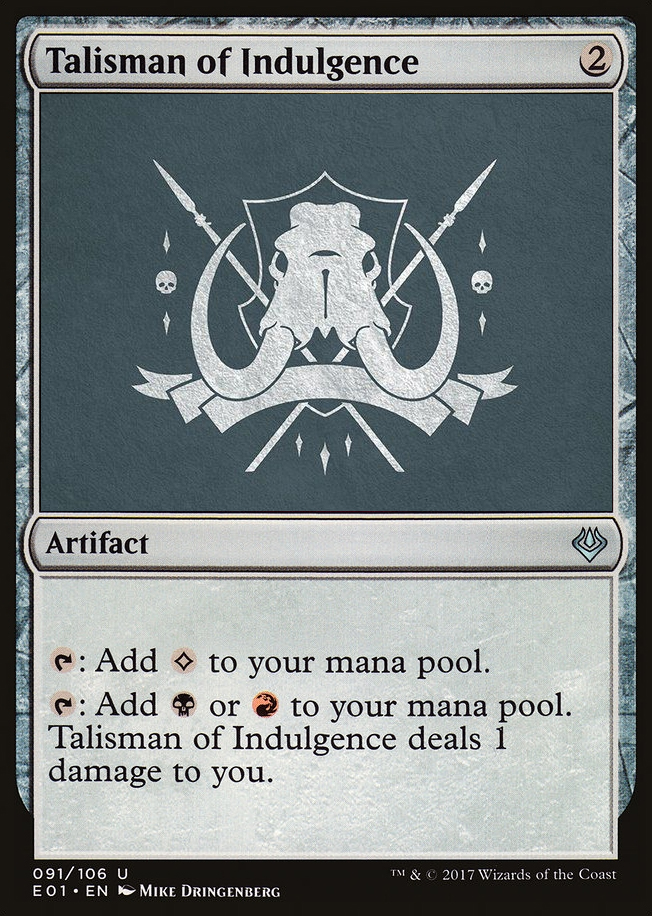 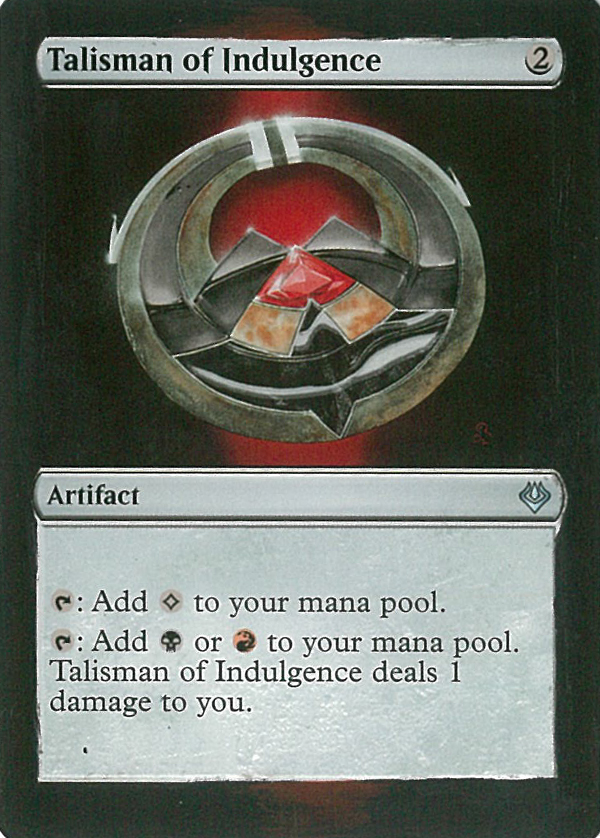 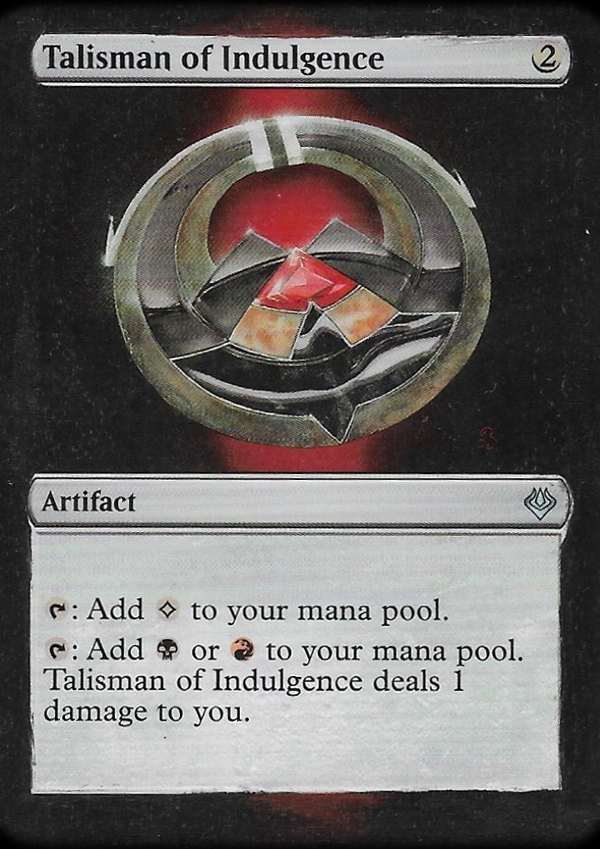 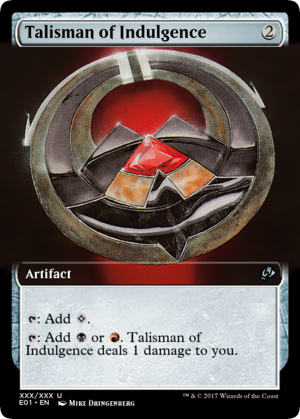 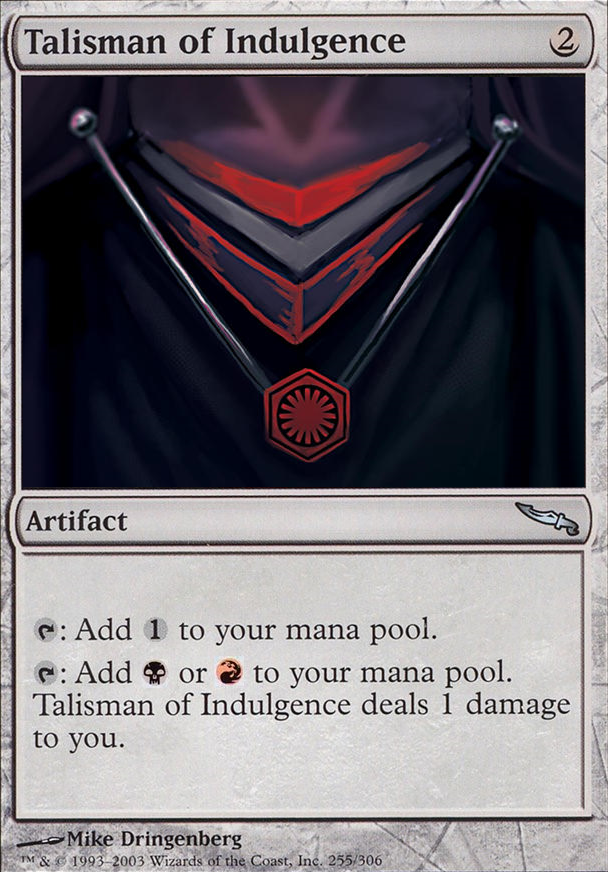