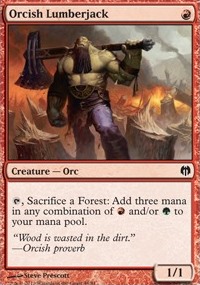 , Sacrifice a Forest: Add three mana in any combination of and/or to your mana pool. 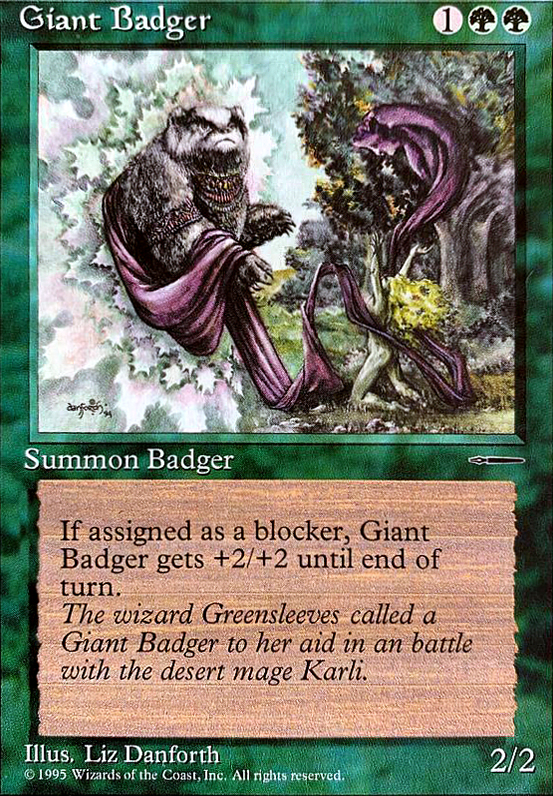 The Hills Are... Comin' Right For Us!
by shanehm

rwn1971 They are both interesting cards. Orcish Lumberjack is cool, he seems like he can ramp Omnath out quickly. I probably wouldnât run him just because he seems like he can be a bit of a nonbo with a bunch of the cards I love, like Field of the Dead, Scapeshift and Scute Swarm. My playgroup runs a lot of removal, and if someone removes him, you will have put yourself in a bit of a hole. If you run him, you have to be reaaally careful.

Lotus Field Goes well with stuff like Titania, but is a bit on the slow side. Also, a single bit of land destruction would really mess you up.

I havenât tried these cards out, but best of luck if you decide to! These are just my opinions

This is an interesting idea. Wild Cantor type lists are always kinda cool, the question is what makes them tick. This one really wants to infernal plunge to 8 mana.

Going into Red / Black for Pentad Prism, Culling the Weak and Burnt Offering would be my take. Another option would be green for Orcish Lumberjack & Tinder Wall. There are a bunch of cards that let you cheat mana for one turn, but those sets are the closest to the rest of this build.

I think I'd just go 3/3 on crusher/devastator to increase reliability. I'd also give a little thought to It of the Horrid Swarm (though emerge is a neat mechanic that I'd want to check the cathodion ruling on).

Oh wait shit legendofa already beat me to the punch.

@seshiro_of_orochi I was actually trying to cobble together an Orc tribal deck a few weeks ago, but it mainly consisted of me just shoving all the good orcs and some ogres together into Dune colors cuz I really wanted to use Orcish Lumberjack and Ruric Thar, the Unbowed . Ended up giving up halfway through because I legit had no idea what I was doing and I felt like I was going nowhere with it.

But, like, if there was going to be an Orc Commander, I was thinking Wizards could maybe base him around equipment or vehicles, but more specifically making explicitly shitty equipment and vehicles a million times better, but only when orcs are wielding them. Like, vehicles and equipment could get extra key words and abilities depending on what kind of orc is piloting said vehicle while the hypothetical orc commander is in play.

I based this idea on how orks from the Warhammer 40k universe make their vehicles and weapons work through sheer psychic willpower alone. I just find the concept of painting a tank red to make it go faster pretty funny, and I think translating that into a commander mechanic would give the orc tribe something unique and flavorful.

Personally I'd run both Petal and Monke but that's the fast mana lover in me. You might also consider rituals like Desperate Ritual , Pyretic Ritual , Rite of Flame . Also Orcish Lumberjack . Of course, they're just cards I'd run and I had on the top of my head so I threw them at you without rereading the decklist to even know if they're there.

Hi there! I sifted through your list and chose 9 cards from amongst the higher price tags that I thought you could live without, then came up with 9 cheaper cards that seem to fit with what you have going here. I hope it's helpful

VampDemigod Is it Orcish Lumberjack?