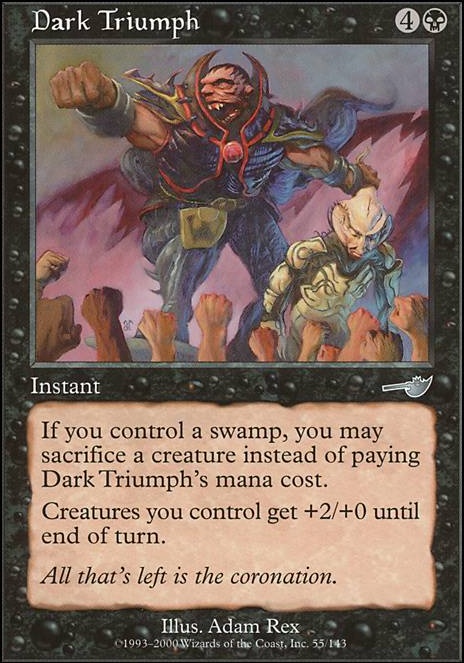 If you control a Swamp, you may sacrifice a creature rather than pay Dark Triumph's mana cost.

I'm all about this.

You might include Ghoulcaller Gisa, who is the most effective zombie engine I've ever encountered. Furthermore, imho, Migration Path is better than Explosive Vegetation. Additionally, you may have enough Goblin engines to include Voracious Dragon.

A solid maybe for Dark Triumph as well, and I'd seriously consider Culling the Weak. And finally, Life's Legacy.

Ok, that's all. Foldering this one for inspiration. Thank you!