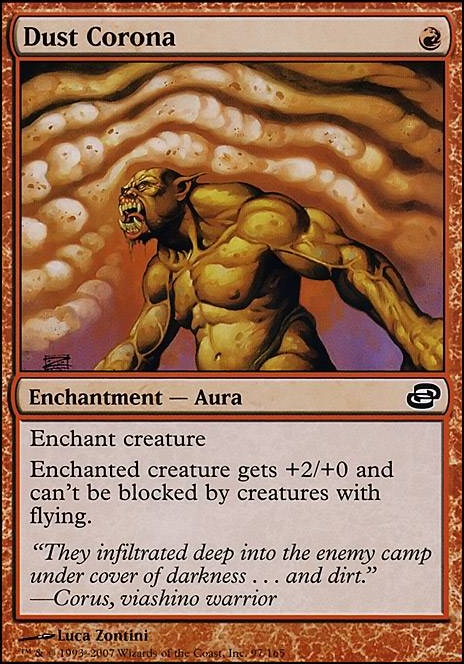 Enchanted creature gets +2/+0 and can't be blocked by creatures with flying.

Looks fun. I disagree with the other commenters regarding draw/recovery. I think that these partners are best played as a glass-cannon, all or nothing, win early or bust strategy. This is just my 2 cents but I would make the following swaps:

Champion of the Flame -> Neheb, the Eternal

Koth of the Hammer -> Relentless Assault

Whispersilk Cloak -> Champion's Helm. Rograkh having shroud could be problematic for you.

Moriaatti on A covid-19 Secret Lair

COVID-19, Running Out of Toilet Paper

I think Karona, False God should be the commander for this deck, too. It probably can't be any kind of child, including Child of Alara, 'cause usually children don't get sick of COVID-19. Also, try to run Dust Corona, it can be nice(just because the name itself).