At the end of each turn, each opponent loses life equal to the life they lost this turn. (Damage causes loss of life.) 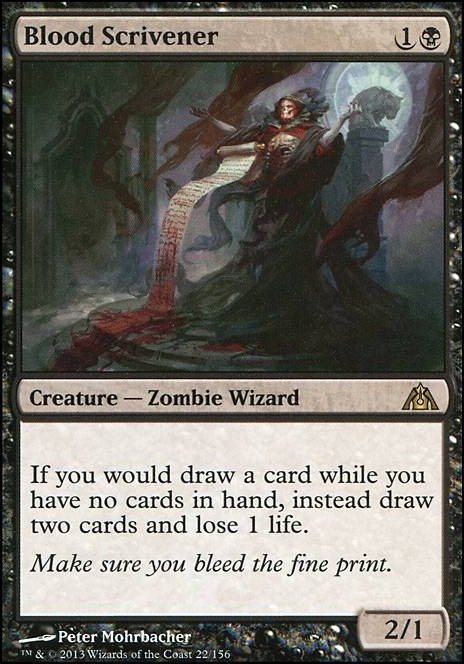 yer a wizard, zombie
by SaskeSaskia

Rcale of course! Wound Reflection might be a good replacement for it, though it is a bit pricey. Vito, Thorn of the Dusk Rose is another possibility that's a bit less expensive, and might honestly be better for your deck.

Iâve got two games in with this deck so far at my LGS. Already got some choice changes to make such as adding Reverse the Sands, and Mischievous Poltergeist.

Viscera Seer is a cut option to me.

I donât plan to use enchantress draw package here.

Glacial Chasm also will be in here. The cumulative upkeep will deplete me while everything else protects me.

Wound Reflection is also on table as an option, but Iâd prefer creature heavier effects. This means Archfiend of Despair is a viable addition, but I need to be careful of my mana curve when considering this. 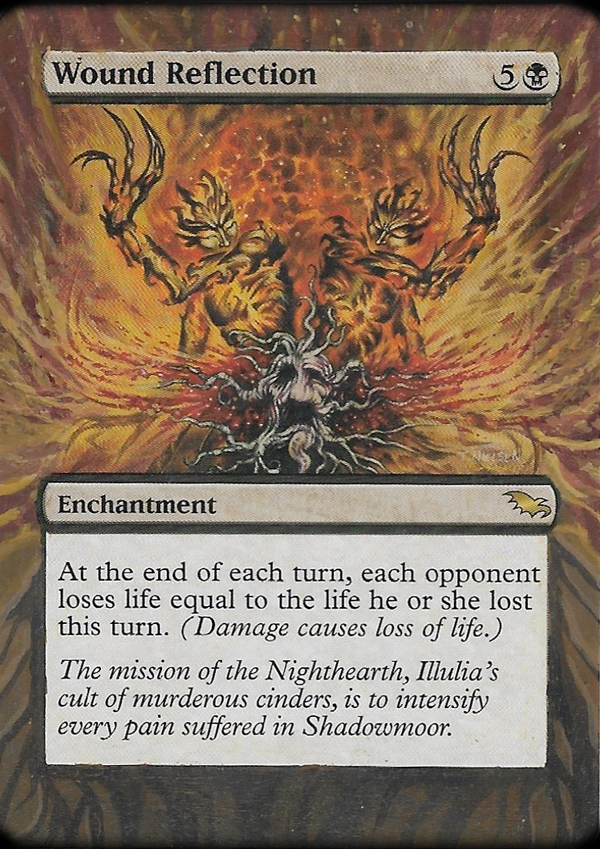