As an additional cost to play Diabolic Intent, sacrifice a creature.

Burning Rune Demon and Rune Scarred Demon are both too slow for my play style and meta. I like Sidisi, Undead Vizier but even that feels bad at 5 if you cant reanimate it a couple times. I have cut tutors from mid-power decks that aren't looking to combo, and I run good tutors in my high powered combo decks like Diabolic Intent and Demonic Tutor

I run a nearly identical (some differences) Yawgmoth deck. I have 36 lands and 7 ramp pieces, I found playing consistently was rough with less access to mana. I would get stuck with Vilis or Razaketh, the Foulblooded in hand and only able to muster up like 6 mana until turn 11. I slotted in a couple of cycling lands for card draw to make up the difference and still have late game effects. I also threw in a Mikaeus, the Unhallowed, Victimize, Unearth, and Reanimate. The self-sac was sometimes in dire situations. I run 5 tutors between Vampiric Tutor, Demonic Tutor, Grim Tutor, Profane Tutor, and Diabolic Intent. Urborg, Tomb of Yawgmoth and Gauntlet of Power, Extraplanar Lens, and snow covered swamps are great too. Most often people donât run many snow lands and extraplanar can double them up for you without benefitting the opponent.

miracleHat on Pattern Recognition #220 - The â¦

Also inclusionary is their preferred synergy with slower turn 1 ramp (Birds of Paradise/Deathrite Shaman) - both Arcane Signet and Gruul Signet result in (potential for) 2 extra mana to spend, whereas 3 mana only results in 1 extra mana to spend. This assumes turn 1 land/mana and turn 2 mana/spell. This can easily result in a Night's Whisper, Demonic Tutor, or Diabolic Intent (and any other 2 cmc non-black card I cannot recall), 2 lands, and 2 mana spells, all by turn 2.

Esper Sintenel and Mentor of the meek aren't the best draw pieces when you have access to Black's card draw. Night's Whisper and Cemetery Reaper have a lot more to do with your strategy, though I might not run whisper either. I'd also look into more combo-y ways to win so you don't have to rely on swarms of tokens that usually take a long time to build up. But then, you might need more tutors and that's a really contentious discussion. Diabolic Intent is the most aristocrats themed tutor. Butcher of Malakir might synergize with your vampire sub-theme, but even still, it is a needlessly overpriced pay-off for what you're doing. Consider Grave Pact or Dictate of Erebos for cheaper effects, it definitely isn't too greedy to run both either. Secure the Wastes might be a bit better than Bitterblossom since you don't have to wait. Vito is generally a powerful effect that fits your vampire tribe, but you should consider cutting him to hone in on your aristocrats theme. In general you might also want to consider getting down to 34-32 lands, and adding something like Phyrexian Altar which also has a number of infinite combos. 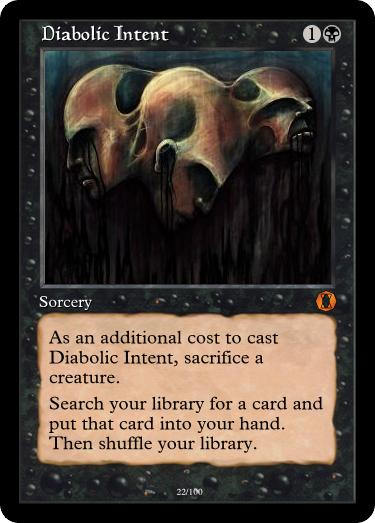 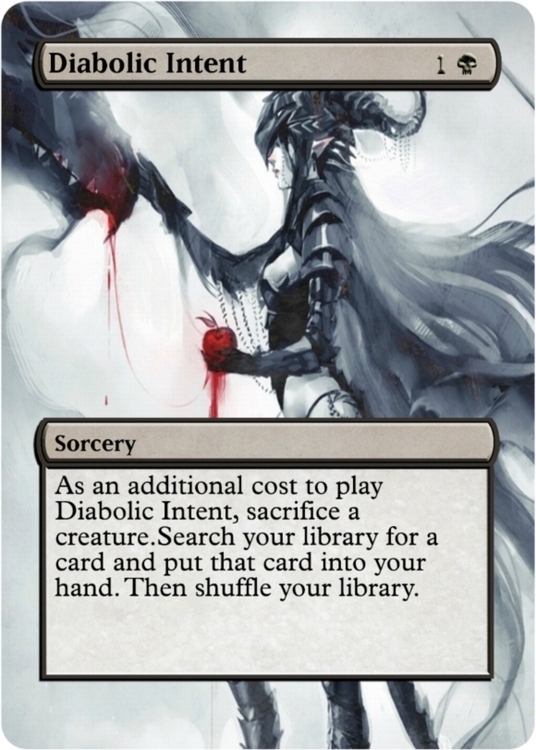 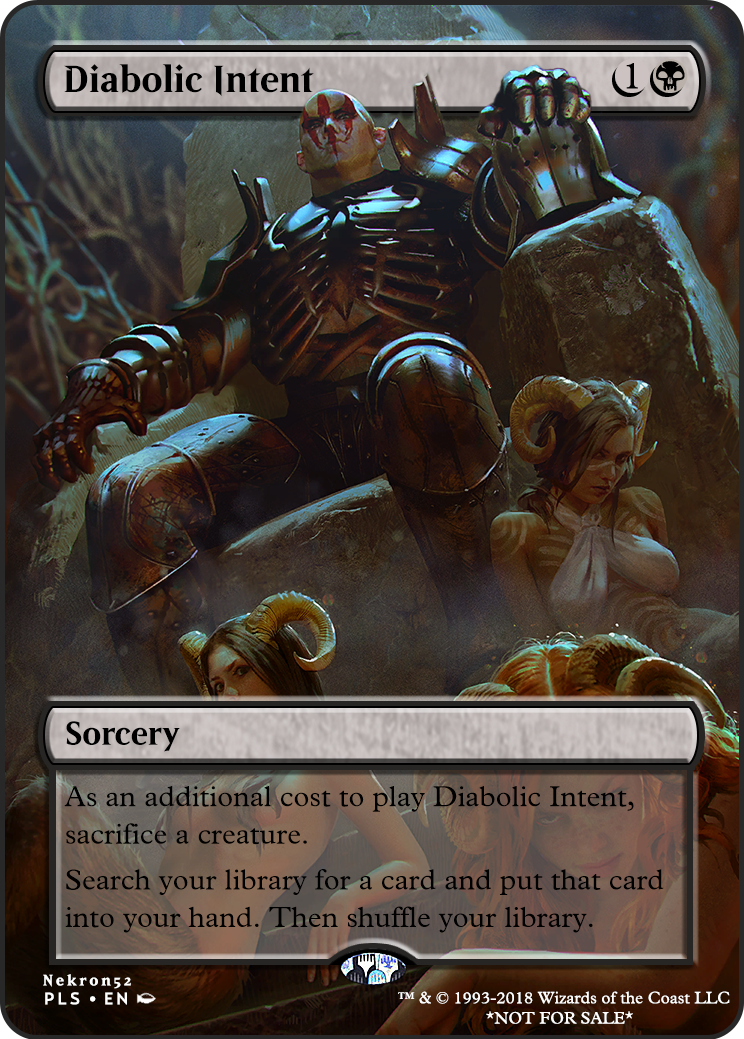 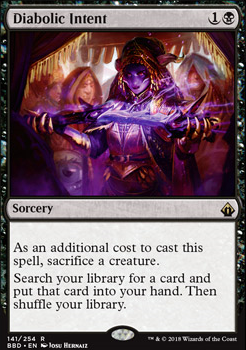 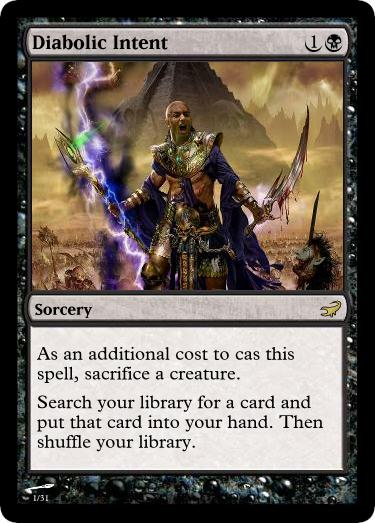 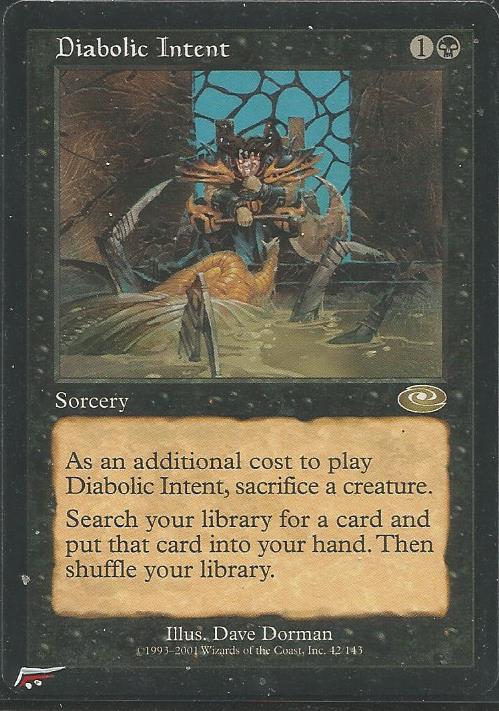 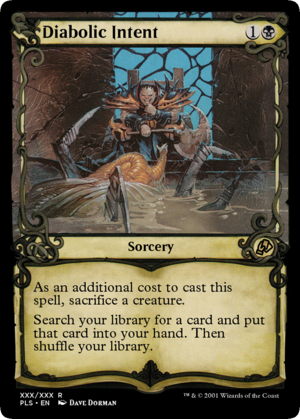 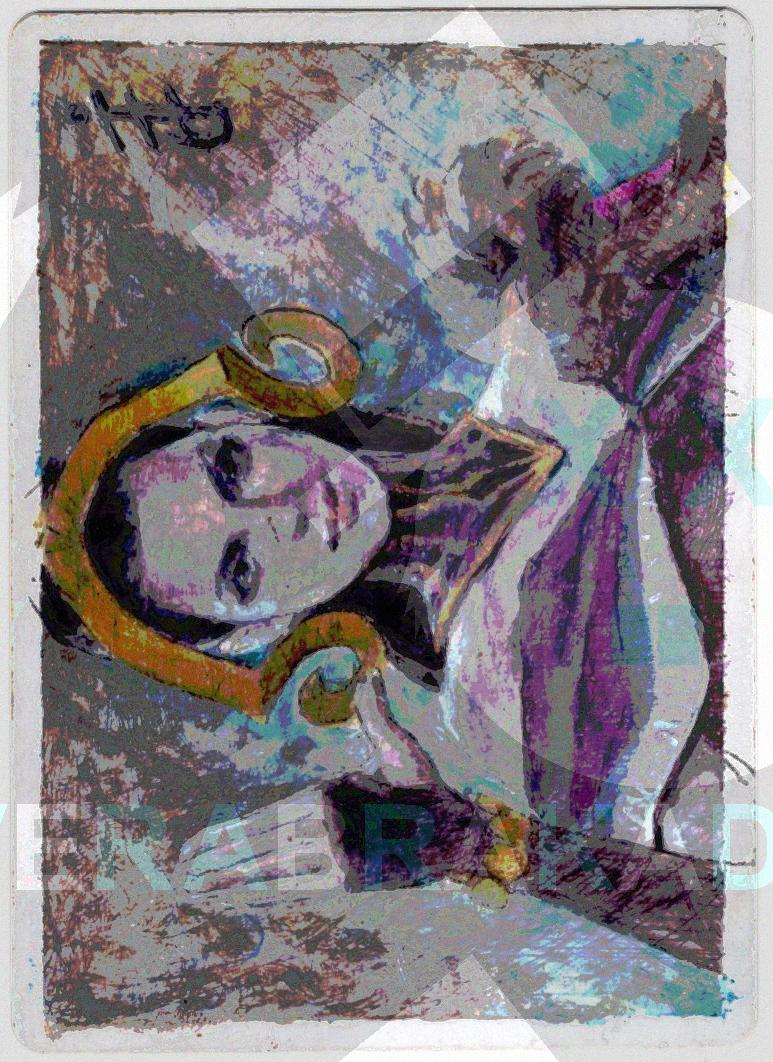 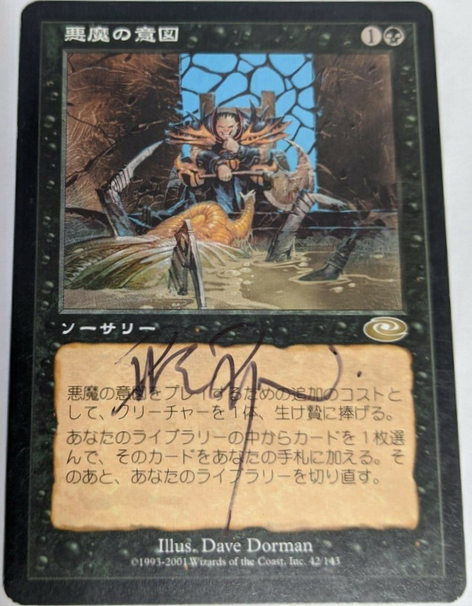 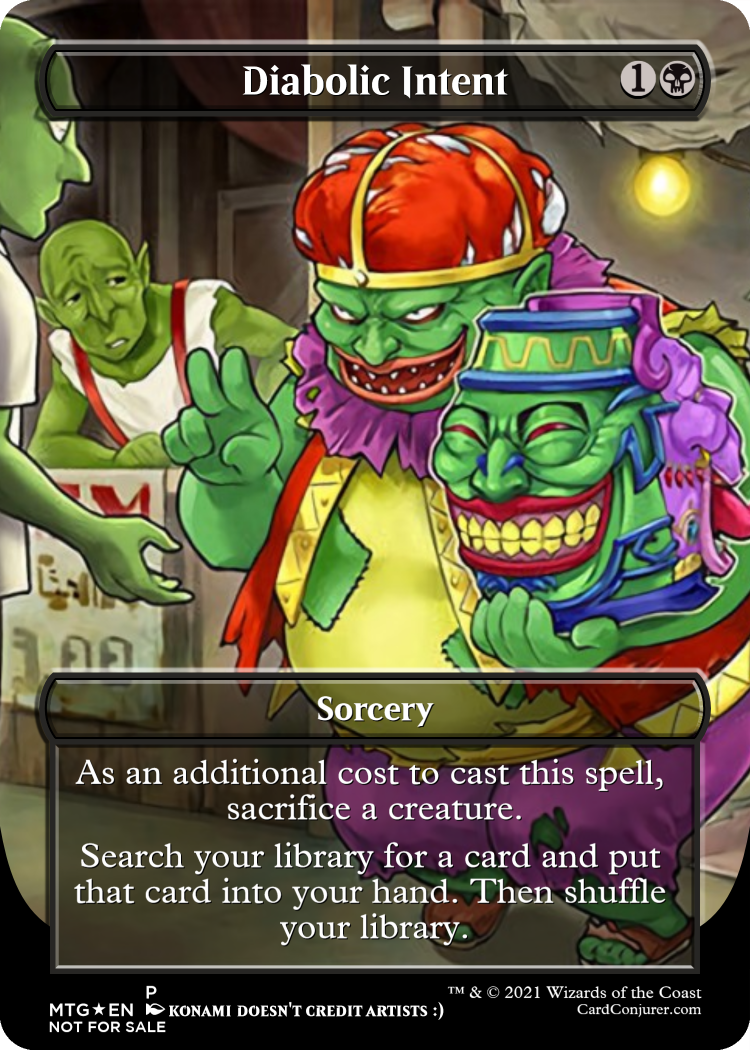