Whenever a nontoken creature enters the battlefield, if Genesis Chamber is untapped, that creature's controller creates a 1/1 Myr artifact creature token.

Genesis Chamber occurrence in decks from the last year

breya the bureaucrat
by icedramen 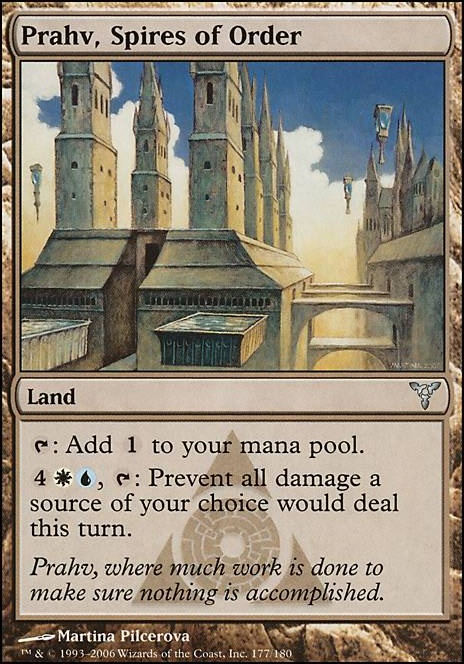 One Day Norin, and the Next, Norout

Benchwarmer247 I never really liked how the goblin theme ran in Norin, so ended up cutting Goblin Settler, Goblin Matron and Krenko, Mob Boss. I've found cards like Fork and Reverberate end up working much better than Gamble since usually at least one of your opponents will play a tutor spell for you to copy. Mox Amber has been awesome and I've kept a lot of opening hands just because it was in it. The trick is to tap it for mana before Norin leaves. I have gotten so much value out of Goblin Welder exchanging myr tokens generated off of Genesis Chamber for artifacts in my graveyard.

Not that you need to add more nonland cards right now, but I also like Genesis Chamber in these types of decks so it might be worth considering.