What are the odds
by Ethjuan 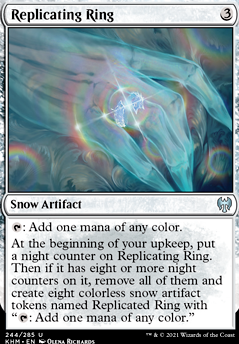 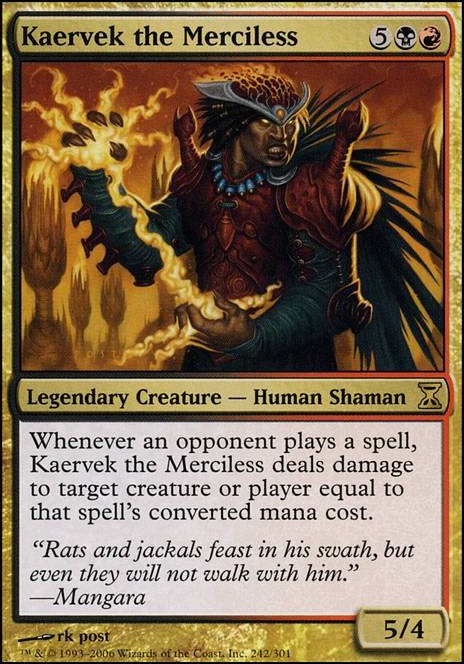 Jolene is Richer than You
by Quirk1ess

This is a nice looking build, and I'm curious to hear how it runs. You might have trouble getting some of those 5+ CMC cards onto the battlefield, however. I'd recommend running Dark Ritual, Seething Song or Jeska's Will for some ramp. Or you can toss in Cabal Coffers or Urborg, Tomb of Yawgmoth in if you have them.

The biggest issue I've had using Rakdos, group slug decks is the amount of attention they get. I have a build using Kaervek as the commander, and it does a good job of speeding up the games. I'd love to hear your comments/suggestions on it!

Card draw I've been happy with but I'm always after suggestions if you have something not listed below in mind? I run 8 cards that draw, 3 that exile stuff for me to play, and 4 of the best tutors for redundancy. I currently run Esper Sentinel, Mangara, the Diplomat, Twilight Prophet, Tymna the Weaver, Welcoming Vampire, Necropotence, Phyrexian Arena, and Skullclamp for draw and Tectonic Giant, Jeska's Will, and Cunning Rhetoric for play from exile.

so the first thing i think you should do is add some ritual spells like Dark Ritual and Jeska's Will dark ritual will give you 4 black mana for free and jeskas will will give you an 20 cards you can cast from exile and a whole ton of mana,tutors will also give you card advantage when you really need it, one of my personal favorites thats more budget is Grim Tutor, but if you want to break the bank or use proxies (ew) Demonic Tutor is your best bet. as far as lands go, Grixis Panorama is a really stellar card in tandem with cards like Smoldering Marsh because its a mountian and a swamp, you can search for that when you crack the panorama, other examples include but are not limited to, Sunken Hollow Watery Grave Blood Crypt Steam Vents and the original true dual lands, which are too expensive to really even mention. i would personally trade out Dogged Pursuit for something like Exquisite Blood and also consider putting in some boardwipes like Toxic Deluge and alternate wincons such as Exsanguinate take the Ancient Carp out of the deck too, it has no flavor text and dosent contribute anything for the 5 mana youre paying for it. Aetherflux Reservoir is a great card in any storm deck, because youre gonna gain an incredible amount of life with all the spells youre casting. make sure you put more counterspells in, such as Counterspell and if you want something really fun, try Counterbalance, its one of my personal favorite cards and i run it in almost all my blue decks. Take out Dwindle for something like Imprisoned in the Moon and you can cast it on someones commander and they can no longer play their commander as it is now a land :) take out the Falthis, Shadowcat Familiar and replace it with something like a Niv-Mizzet, Parun for some more card draw and board threats, and make sure that at the end of the game your having fun my dude, at the end of the day winning is important but having fun is even more important. Welcome to EDH!