Whenever an opponent plays a land, you may put a land card from your hand onto the battlefield.

Interesting idea. I think you can make this deck a lot faster by adding some more ramp options. Exploration, Burgeoning, Rampant Growth, Three Visits, etc. That allows you to summon your commander a bit quicker.

AnonmousAxolotl: I just pulled a Halana and Alena, Partners, and I love the idea. I'm still workin through my ocd issues before I can work through rebuilding decks, but that will be a fantastic card to slot into the deck. I think Wayward Swordtooth would be a decent sub for Burgeoning. I lucked out and was gifted one. I need to get my hands on a Swordtooth...lol

Also, I don't really want to shell out 33 dollars on Burgeoning, would Wayward Swordtooth work as a substitute? 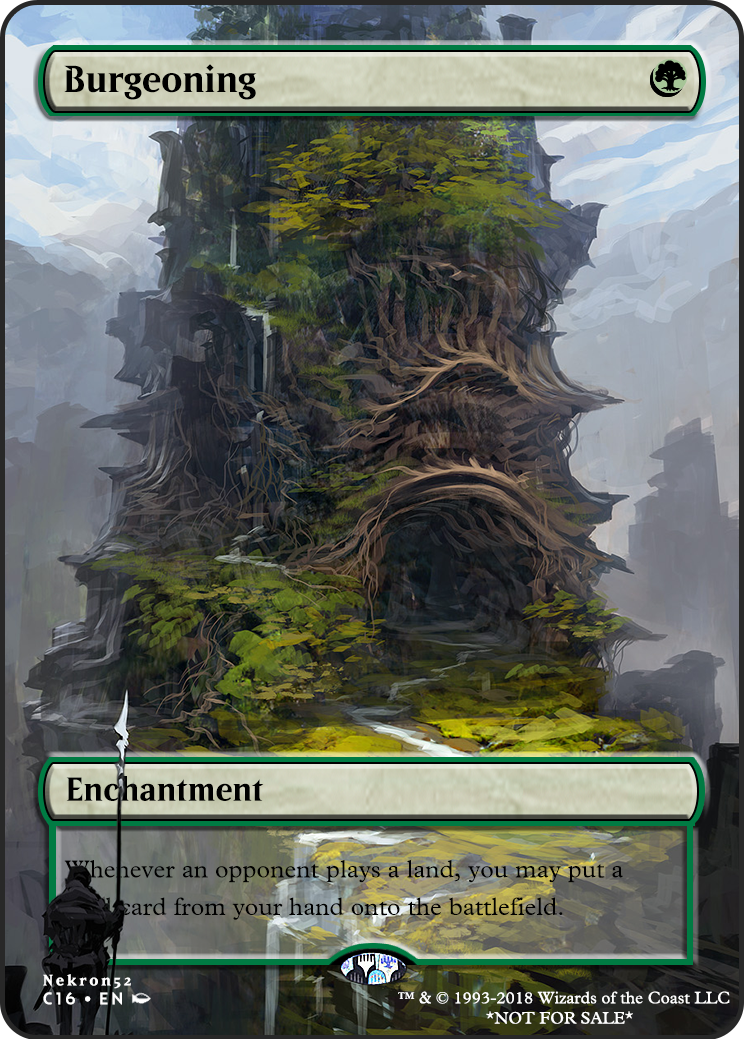 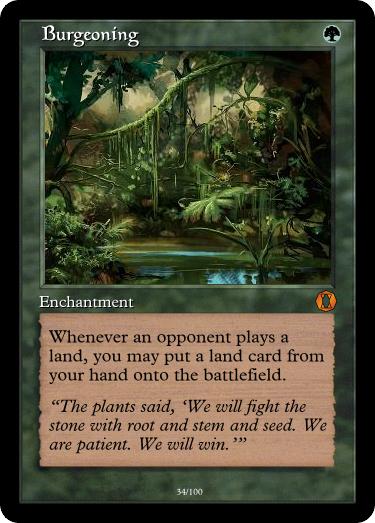 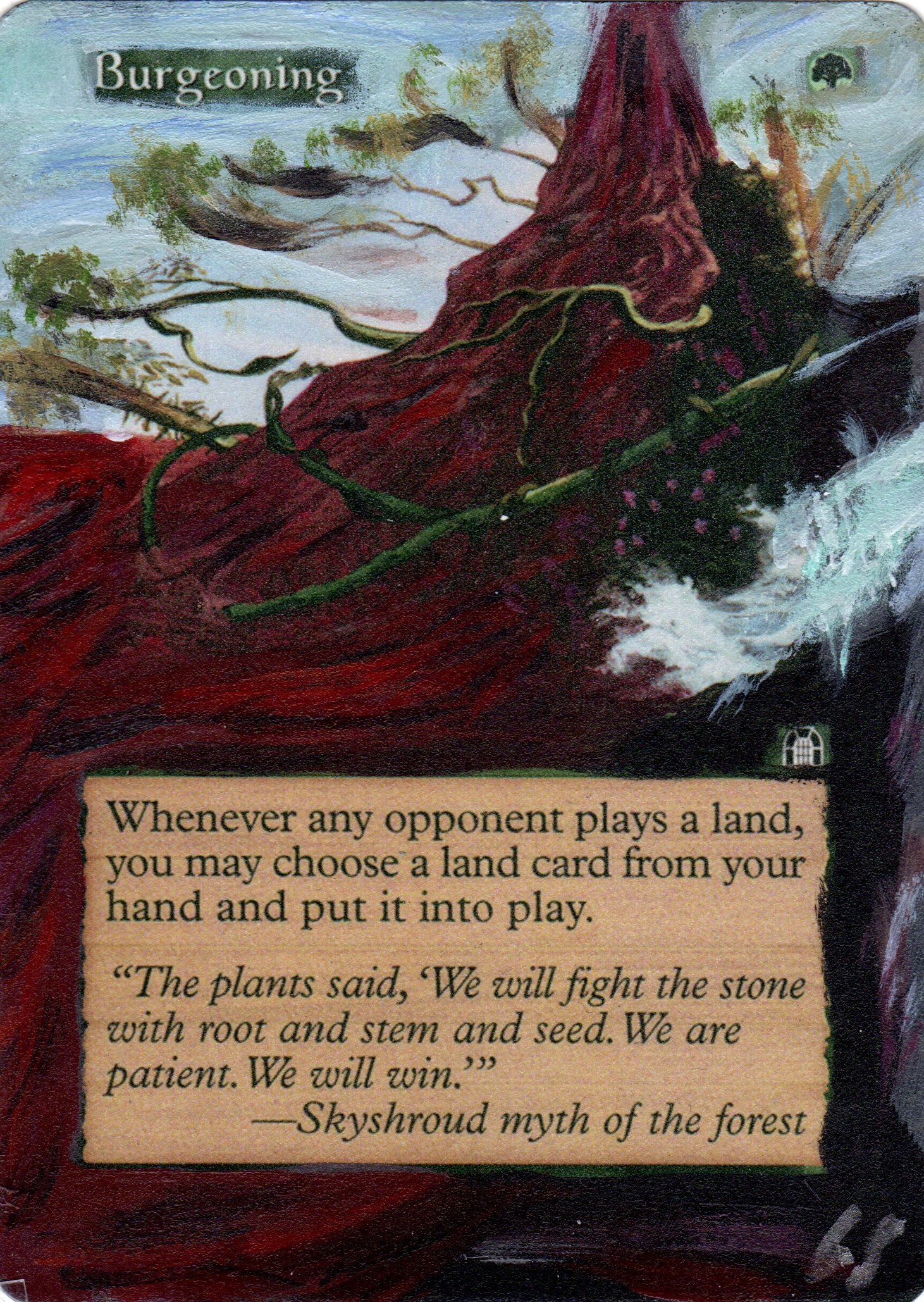 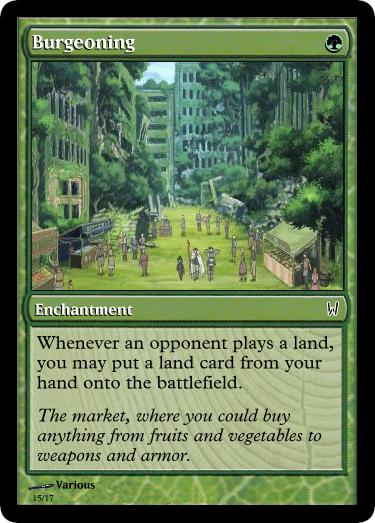 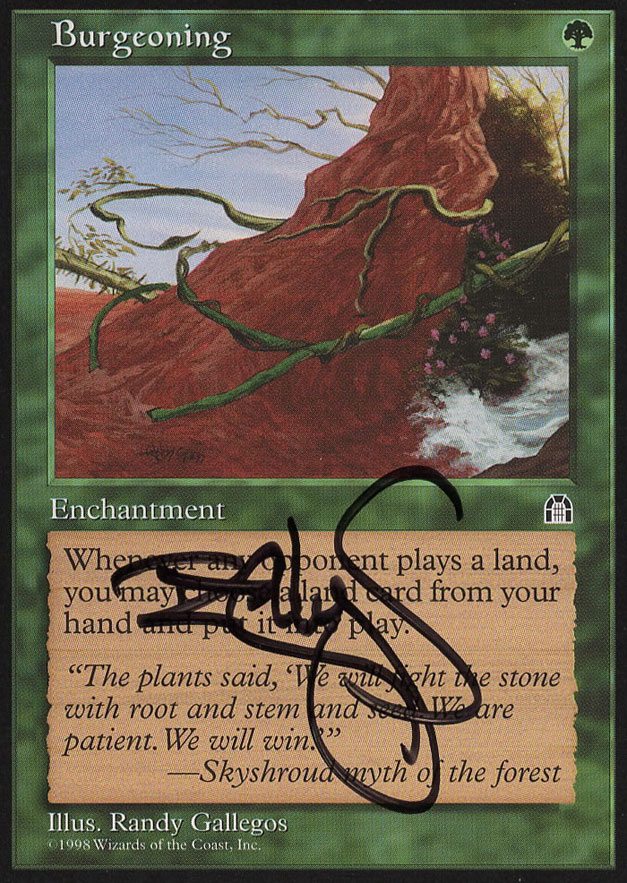 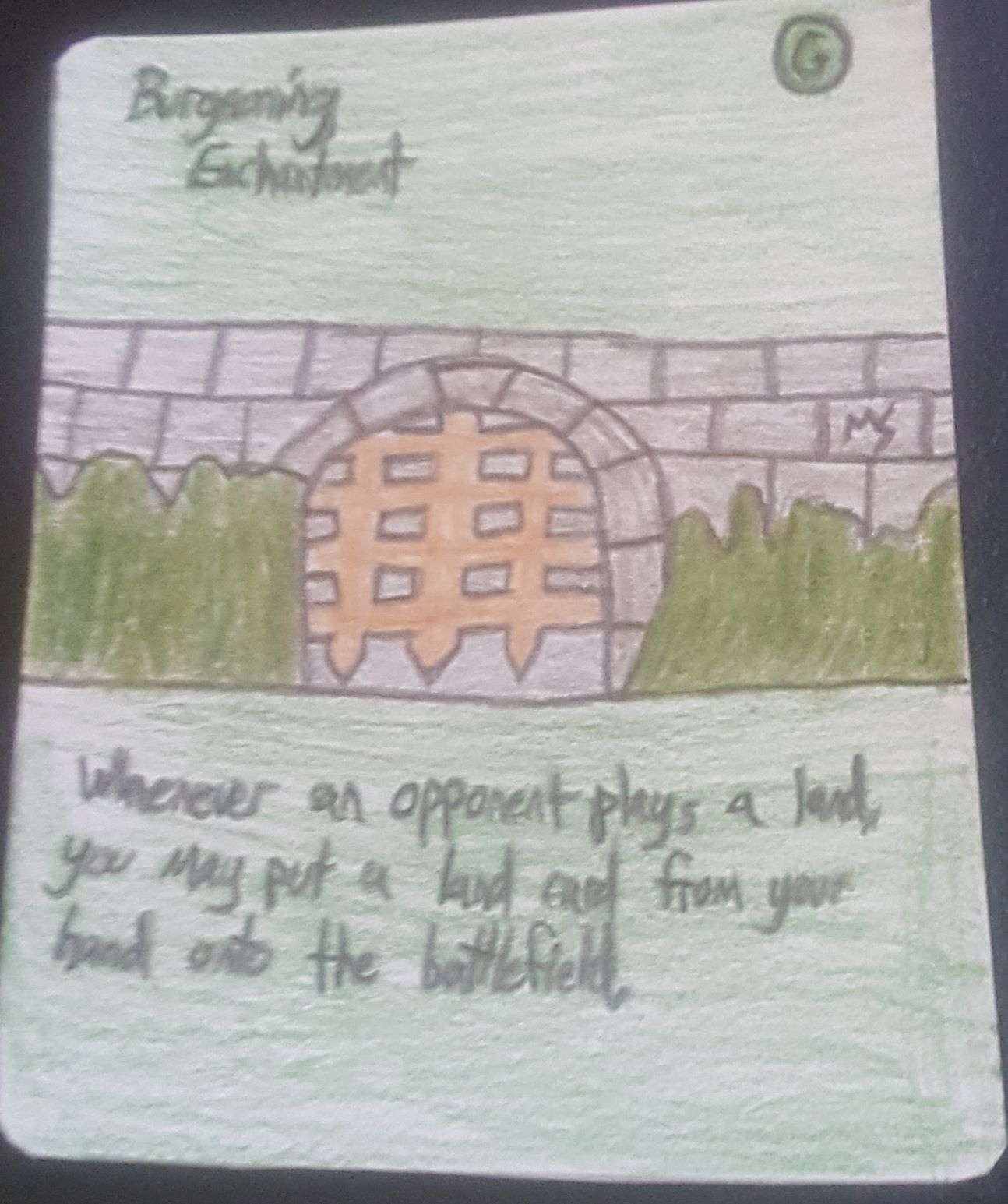 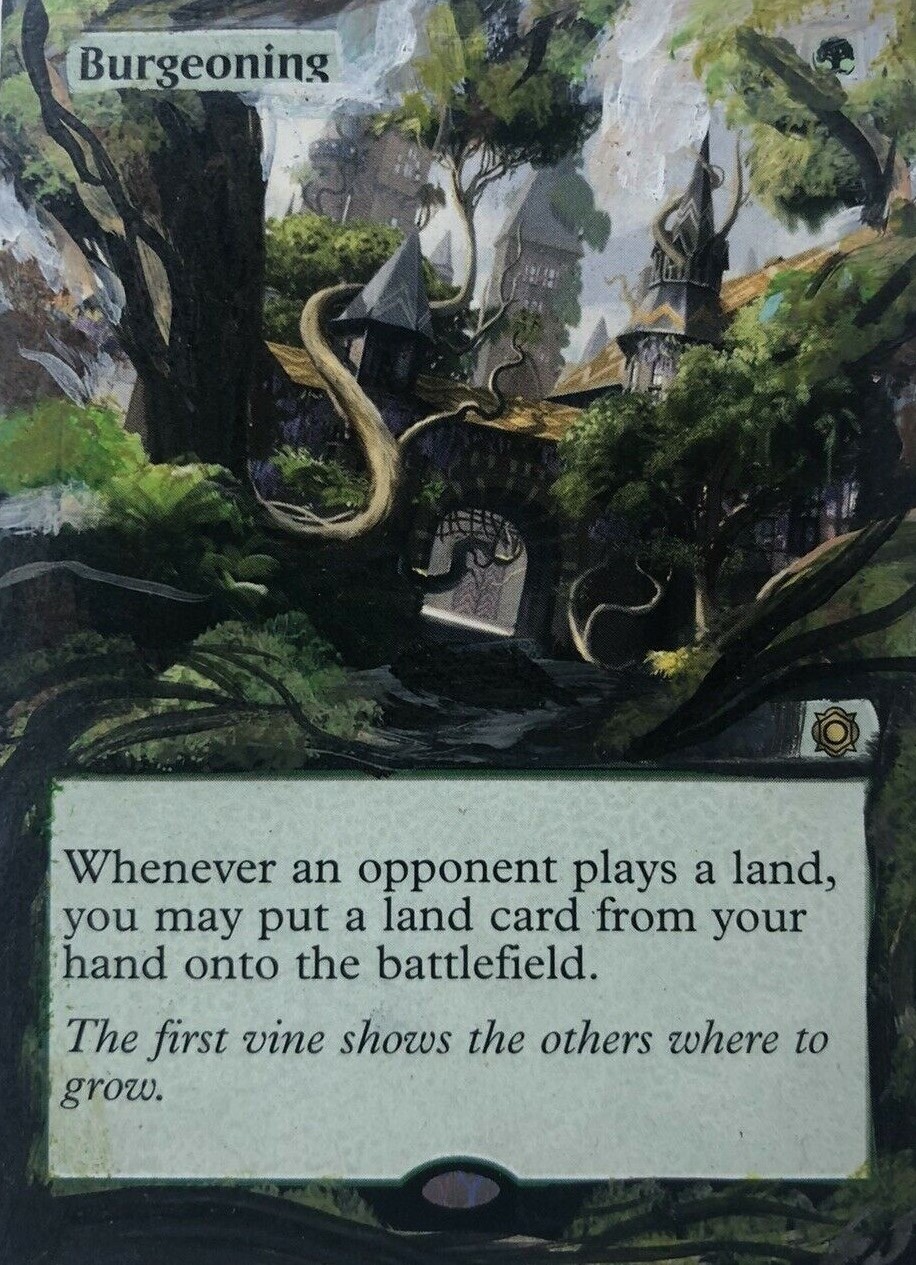 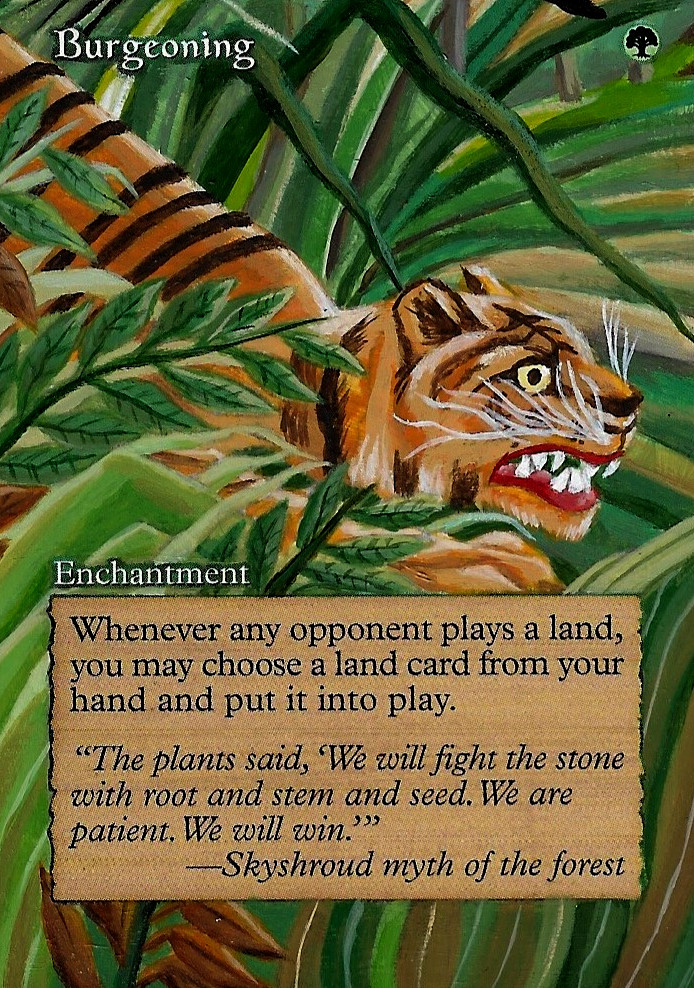