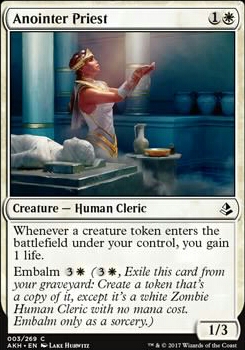 Whenever a creature token enters the battlefield under your control, you gain 1 life.

Embalm (, Exile this card from your graveyard: Create a token that's a copy of it, except it's a white Zombie Human Cleric with no mana cost. Embalm only as a sorcery.)

The Dusk Bringer
by James_Ouellet

The only substitute off the top of my head is Altar of Dementia, but that is more expensive(both cost and cmc) and does a worse job. Also Hair-Strung Koto but thats waaaay worse. I would probably play a different payoff if ur concerned about budget. Just from a quick look here's what I found:

Imo you can cut 1 of them with no significant impact to your deck, or even replace them all with Ajani's Welcome. At the end of the day, infinite creatures is infinite creatures. 95/100 times you execute the combo you wont need a finisher, and in the case that you do it isnt 100% certain you will have on. Ajani's Welcome is good enough where even if all the tokens are killed it is nearly impossible to lose the game, as the only way to kill someone with infinite life is to have infinite damage, and combo decks are rare in 60 card formats. Hope this helped :) 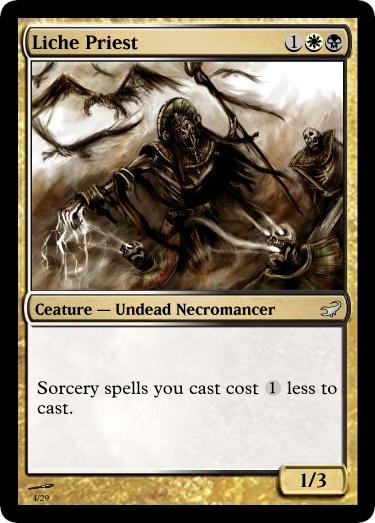