When Recruiter of the Guard enters the battlefield, you may search your library for a creature card with toughness 2 or less, reveal it, put it into your hand, then shuffle your library. 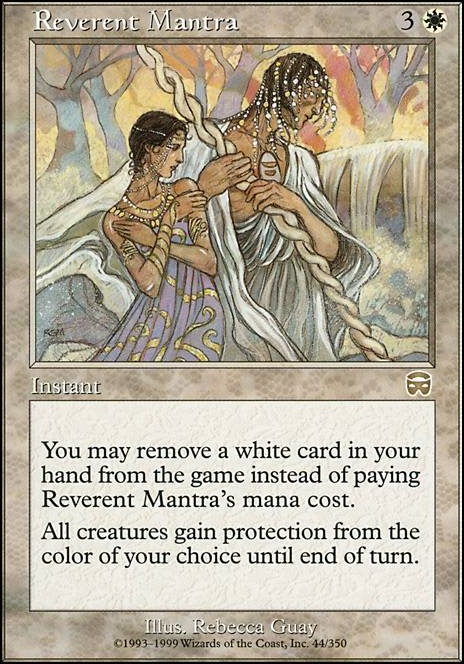 Lurrus of the Dream-Den is better. It's cheaper, it's a creature, you don't have to wait till EOT, and it's fetchable with Recruiter of the Guard. And it never made it into the deck. A lot of the deck will be based on your playgroup and how competitive/fast/grindy/staxy it is with your redundant pieces swapped out for group specific pieces. So you're welcome to try it out but I'd recommend Lurrus first and see how it plays. 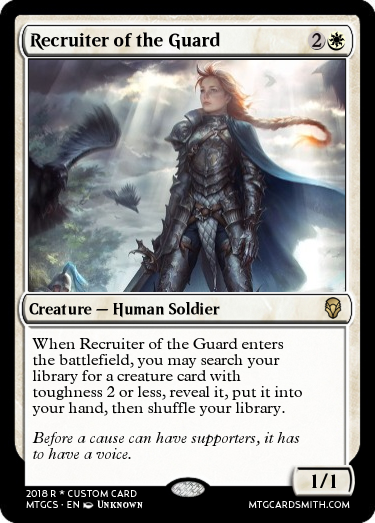 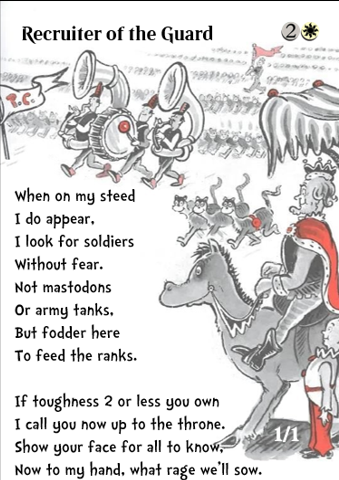 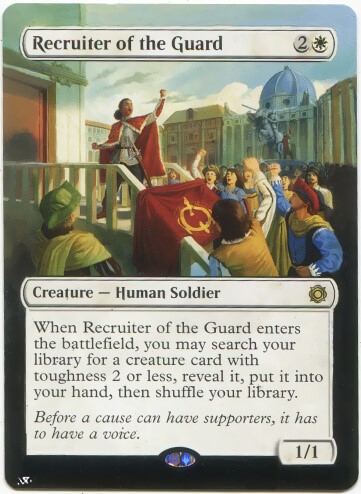 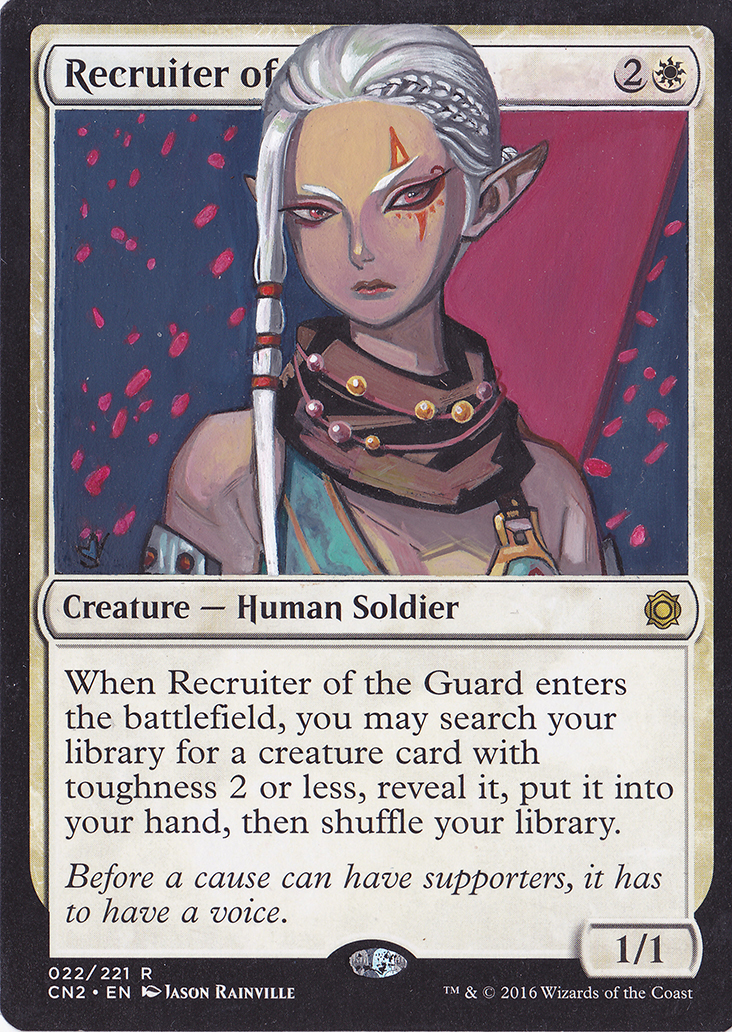 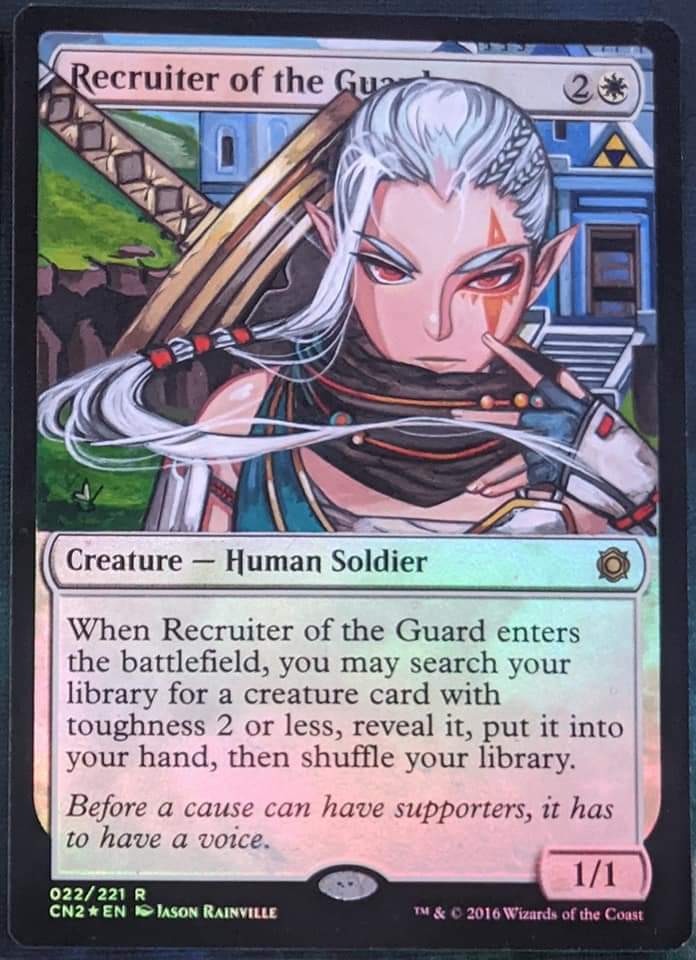