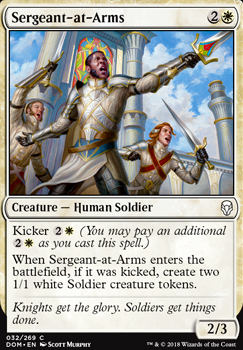 When Sergeant-at-Arms enters the battlefield, if it was kicked, create two 1/1 white Soldier creature tokens. 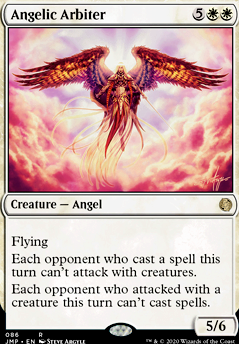 Whats your thoughts on swapping out for Sergeant-at-Arms for Legion Warboss? That way you dont have to pay for the tokens.

Hello everyone! Did this for Rivals of Ixalan and had a lot of fun, so here's my line up for the best art and flavor text from Dominaria! Enjoy! 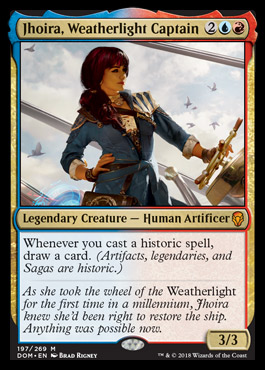 My #1 favorite art. Nothing beats the confident, satisfied posture and face of a drop-dead gorgeous woman. 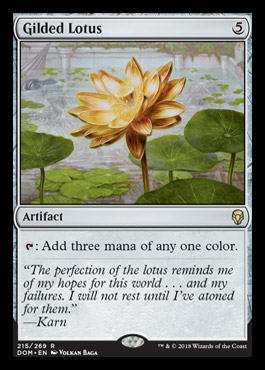 I am easily distracted by shiny things. 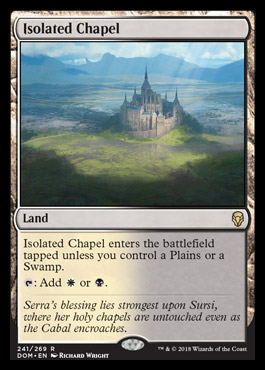 The lighting and shadow work is great here! 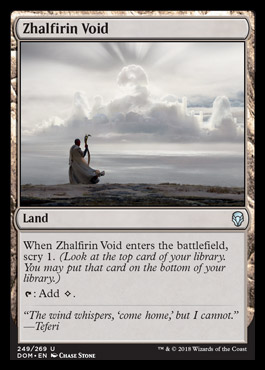 This one really spoke to me. It's so somber, and a great callback to Teferi's Protection. 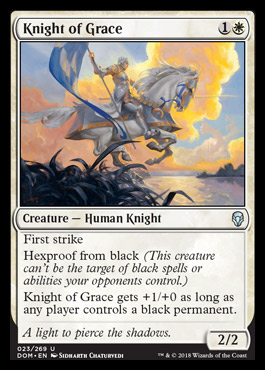 This one really feels like a classic painting. The way the clouds frame the Knight is awesome! 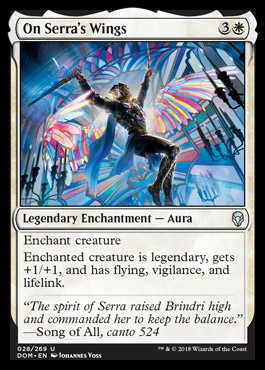 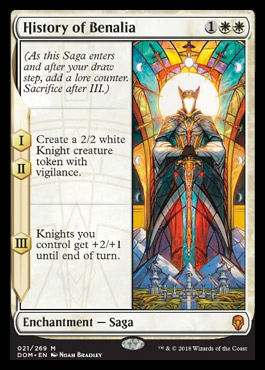 Here's the first Saga art. Was tempted to put all of them because they're all great. This one is my favorite. 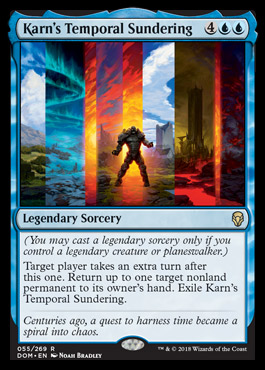 This one is just so cool.

Another Saga, love how futuristic and yet ancient this feels. 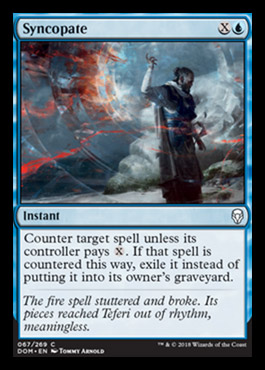 Looks like Teferi is blasting a fireball away with... a glass cocoon? Awesome! 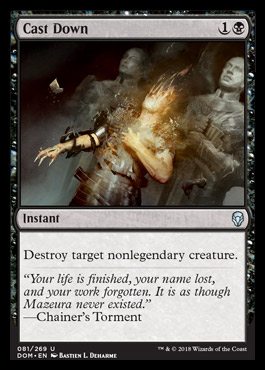 I love removal art... seeing stuff in the middle of being destroyed is sweet! 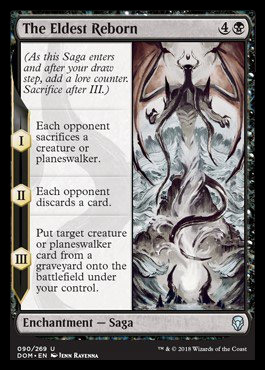 More saga! Love the darkened face of Bolas and how swirly and loose it feels! 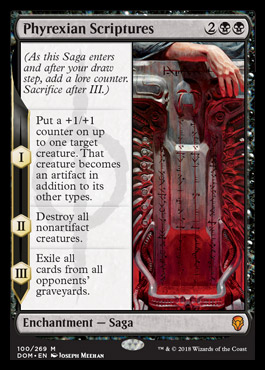 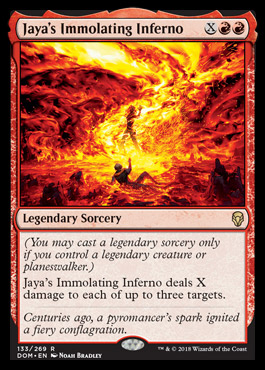 I'm biased because I got a foil version... It's great. 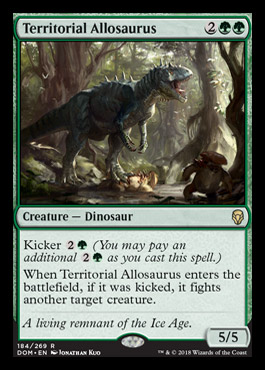 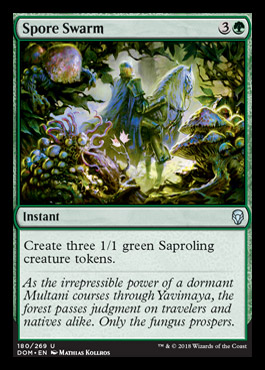 I like the feeling of the Knight being enclosed by the forest.

All in all, I think Dominaria has had some of the best art in years, and the Saga portrait art frame is an interesting and very cool twist.

I probably have stalked enough. Let me know what your favorite art and flavor text was from Dominaria!

Take out the following: