: Create a token that's a copy of target nonlegendary creature you control, except it has haste. Sacrifice it at the beginning of the next end step. 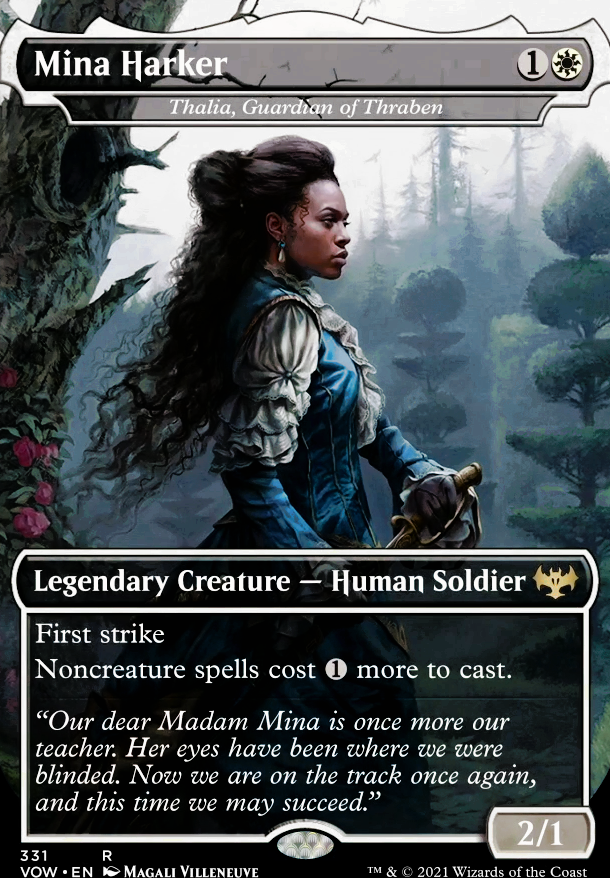 Turning it Off and On Again
by Massacar

An Exile's Path [Primer]
by brandonplaysmagic

AscendedLandfalls Thanks for looking at my deck and for your suggestions!

Only possible suggestion might be Terror of the Peaks as it would give another Warstorm and Impact Tremors ability that Kiki-Jiki, Mirror Breaker can double.

Wow, thank you for such a quick reply Nonary27 and enpc! My play group is pretty weird in that everyone likes to play pretty competitive minded decks, yet without infinite combo / solitaire like loops. It's true that Thassa's isn't really an infinite combo, though I don't think they'd love the "Well, I win" vibe. That being said, personally I tend not to have fun on those kind of decks either because there's less variance game-to-game. I was trying out Tana, the Bloodsower + Tymna the Weaver beat-down! I haven't quite landed on a decklist I like yet - been drafting up a mix of voltrony meets token ETB/sac vibes and worry it's becoming too unfocused or I'm over-indexing to protect Tana. I have avoided the Kiki route since I already have a Kiki-Jiki, Mirror Breaker deck (that I admittedly never really play because it's combo, but keep around for nostalgia). Yuriko, the Tiger's Shadow looks really interesting and I'm not using a few cards in my rare binder that synergize with her well - e.g. divining top, scroll rack. I have tested out Narset, but it was a bit solitaire-y and since another member has given it a go. Grand Arbiter Augustin IV also is very aligned with how I usually play, but wasn't sure how good he'd play without having a combo win-con on top of the stax. Some other commanders I've been testing are Thrasios, Triton Hero + Vial Smasher the Fierce , Muldrotha, the Gravetide, Wilhet, The Rotcleaver, and Volo, Guide to Monsters. I've also tried things like Tasigur, the Golden Fang and Obeka, Brute Chronologist, but by avoiding like an infinite Isochron Scepter combo their power level feels significantly lower. That's kinda what I mean when I wonder which of these Tier 1-3 commanders hold up to that tier without relying on a specific iconic combo / "I win" card. I'm very indecisive so your suggestions are so helpful in reeling in my focus! Left to my own devices I will be so busy playtesting 100 commanders and never have time to enjoy the game. :)

Kiki-Jiki, Mirror Breaker on that gearhulk may be fun! great deck!

Elemental Mastery seems like it'd be fun here. Put it on something big, make tons of dudes, untap big guy with Samut, make more dudes. Really nice alongside things like Beastmaster Ascension too.

Nice! I'm planning to build something in-between this build and your other one since I already have a few of the expensive cards, but not all of them. (For example, I have a Kiki-Jiki, Mirror Breaker but not a Dockside Extortionist, but I can do some of the combos!)

I absolutely love the flavor of this budget build most of all. It's really solid!

I really appreciate you sharing this.