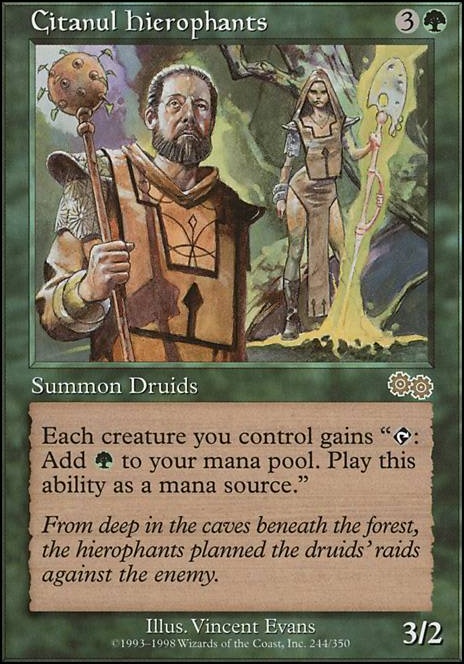 Creatures you control have "Tap: Add (Green) to your mana pool."

Chitter Chatter Let's Get At Her
by Art-n-Lutherie

Change your deck-type from Modern to Casual if you're going to run Citanul Hierophants . With Legendary creatures, I often only run 3 copies instead of 4 because multiples are not allowed. But if it's going to be a target (And Fynn likely is) sometimes 4 is worth the slot. Honestly, I think you need a bit more land. With the curve you're running and the low amount of ramp, you probably need at least 2 more lands. My first choices for dropping are Nightshade Peddler and 1x Bow of Nylea .