When Enlistment Officer enters the battlefield, reveal the top four cards of your library. Put all Soldier cards revealed this way into your hand and the rest on the bottom of your library. 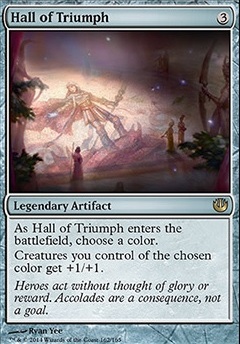 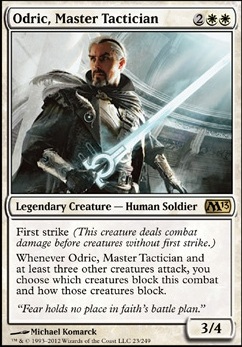 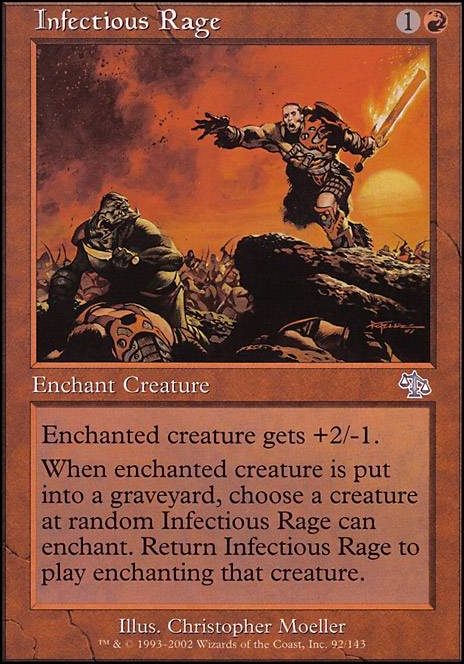 Soulja Boy Off in this Ho
by icefrigi 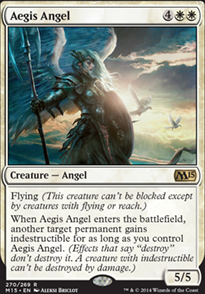 If you're going for a Crusade themed deck, look at Crusade. You have 2 defenders which buff other defenders, I would sub them out for a good captian and a tactitian. You can't be a proper Crusader without a pledge, a Righteous Cause and a king or two to follow. You'll also want to make sure your troops are mobilzed and bring the cavalry along and if you're in an overseas campaign don't forget to Launch the Fleet. If the campaign draws long you'll need an Enlistment Officer, lots of outposts, but don't forget the Militia's Pride or you may never find the victory you hold dear. And no matter what campaign, Elspeth has been there to lead the troops: Elspeth Tirel, Elspeth, Knight-Errant, Elspeth, Sun's Champion. Lastly, you'll want a Field Marshal to handle your tactics and maneuvers

Nope, I've had the Aerial Responder since the beginning. Unless you mean new as in the card just came out, it's a Kaladesh card. His lifelink with all the +1's floating around really help when the game stretches out! He's the white Vampire Nighthawk! Same everything but replace deathtouch with vigilance.

The brass herald is cool, but not a soldier, and his cost is a little high. My only cards above 4 are Captain of the Watch, Captain's Call, and my Elspeth, and she's more for flavor since I only draw her 1 outta 20 games! Lol

I like the Enlistment Officer though. Refilling my hand would be great.

I've actually been playing with an extra Aerial Responder and Precinct Captain because I haven't coughed up the $ for the Field Marshal yet. $6 a piece! Idk if I ever will. The deck is working fine without him. Would like another 2 or 3 drop instead of him.

This is looking better and better, dude! The aerial responders are new, right? I've been thinking: you might get a lot of value out of Enlistment Officer or Brass Herald. They could restock your hand, and the herald can supply +'s. Have a great one

I had considered Coat of Arms but the price did not quite work for this deck since I was trying to make it on a budget. If I did a non-budget version of this deck it would be much more likely to make the cut. Thalia's Lieutenant is decent, but not all of my soldiers are human, and she basically does the same thing as Champion of the Parish. Enlistment Officer is not modern legal, otherwise he would be a great addition for card advantage.

Cool and smooth deck, dude. Might I interest you in Coat of Arms? Thalia's Lieutenant might be good for you, also Enlistment Officer. Have an awesome day.