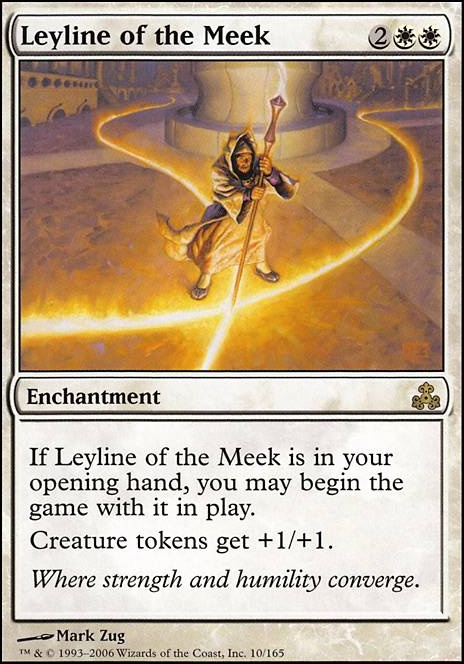 If Leyline of the Meek is in your opening hand, you may begin the game with it in play.

Leyline of the Meek Discussion

Interesting concept. I have a couple of thoughts. First, I would switch out the Leyline of the Meek for Sphere of Safety . That Leyline is only useful for CMC redundancy, and adding Sphere on top of Leyline of Sanctity and Suppression Field would give you a very solid defense. If you want to go even further with that, take out a Leyline of Vitality or two for Privileged Position .

Second, if you want a backup win condition, think about Keranos, God of Storms or Phenax, God of Deception . Their p/t drops slightly under Starfield of Nyx , but that shouldn't affect this deck too much.

I would change Evolving Wilds for Fabled Passage.

What about Legion's Landing Â Flip or Leyline of the Meek ?