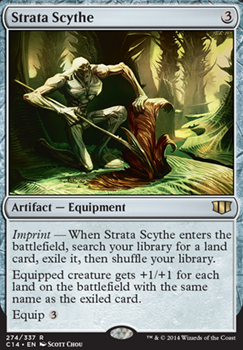 Imprint Â When Strata Scythe enters the battlefield, search your library for a land card, exile it, then shuffle your library.

Equipped creature gets +1/+1 for each land on the battlefield with the same name as the exiled card.

Yargle, The destroyer
by ted1 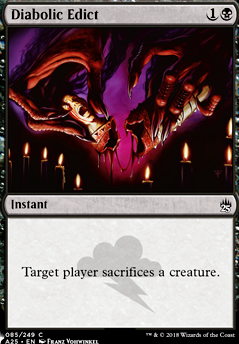 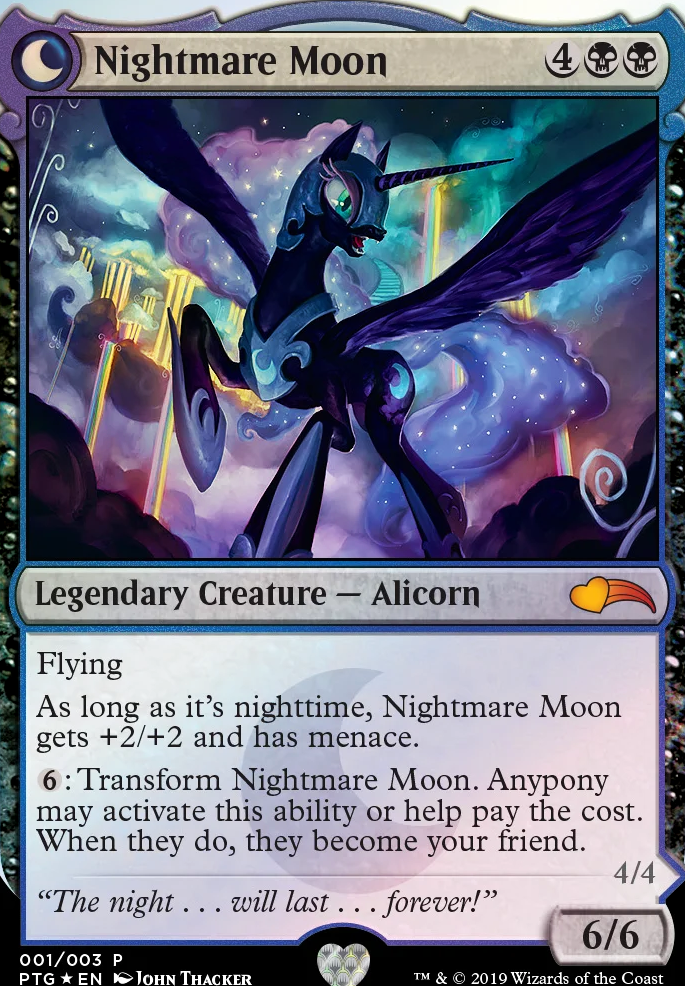 Unleash the Crusty Bois!
by lordofwar198

Have you considered more equipment? If you boost to 20, nuke something then move a sword or something to another creature you can drop below 20 and then boost back up again for another shot.

Sea-Dasher Octopus , Mystic Remora , and Thassa's Emissary would give you on flavor card draw which you could really use. Quicksilver Amulet and Back to Basics can really hinder opponents here. Also, Strata Scythe can get be fantastic with a combination of unblockable and basic land base. I love my sea monster deck, have fun! 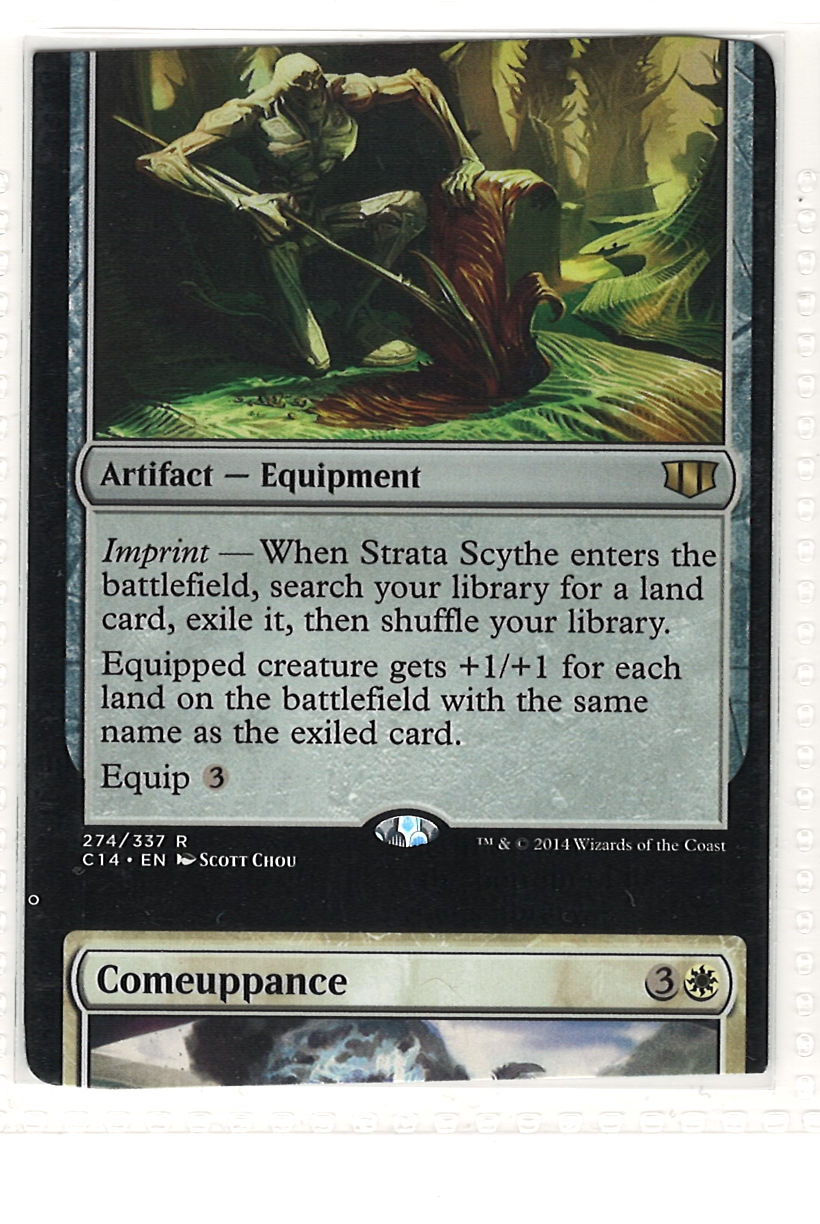