My bad, my comment on Hero of Bladehold being a lower mana cost was not true at all, I must have accidentally looked at a different card than the Skyknight.

No Hero of Bladehold? Attack, order the triggers so that you make tokens before the battle cries, and you have four 3/1s (and all other attacking creatures get +2/+0 as well). At 4 toughness it's unlikely to die in combat too. 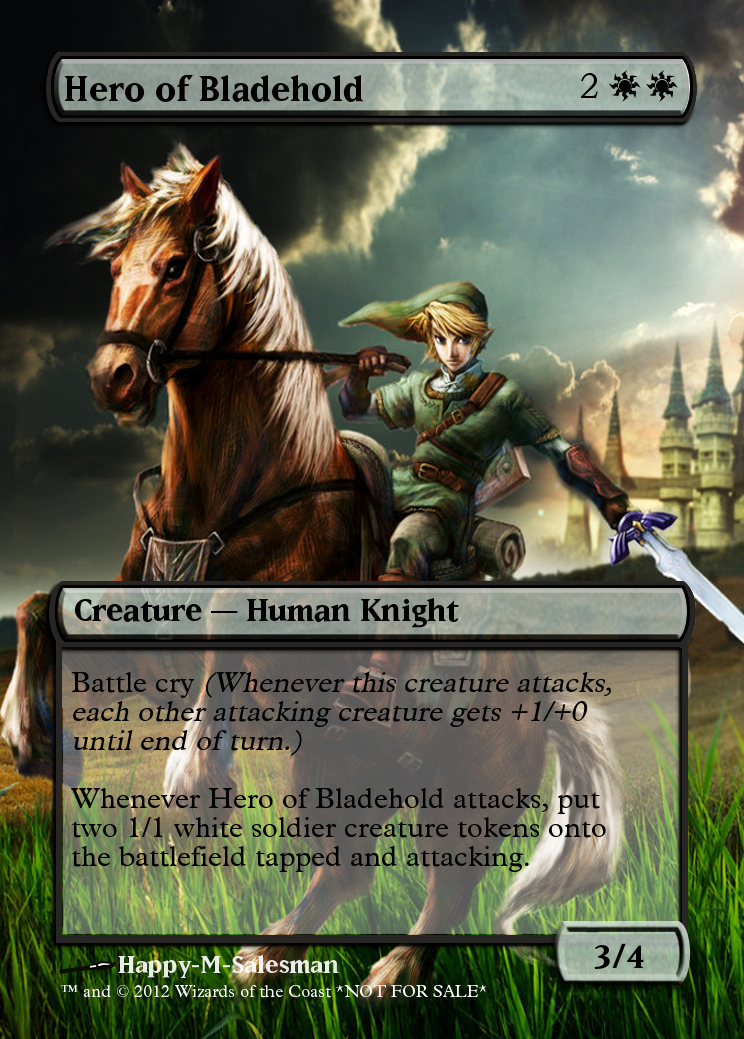 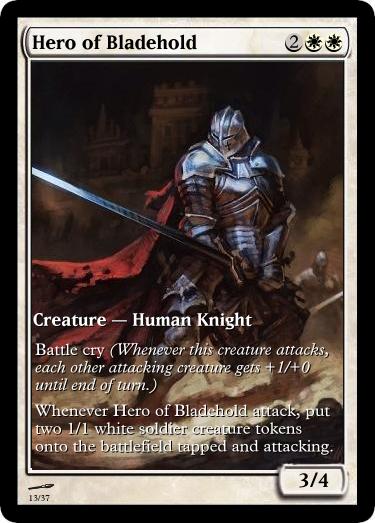 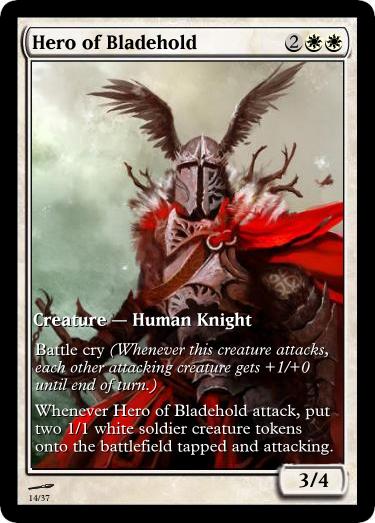 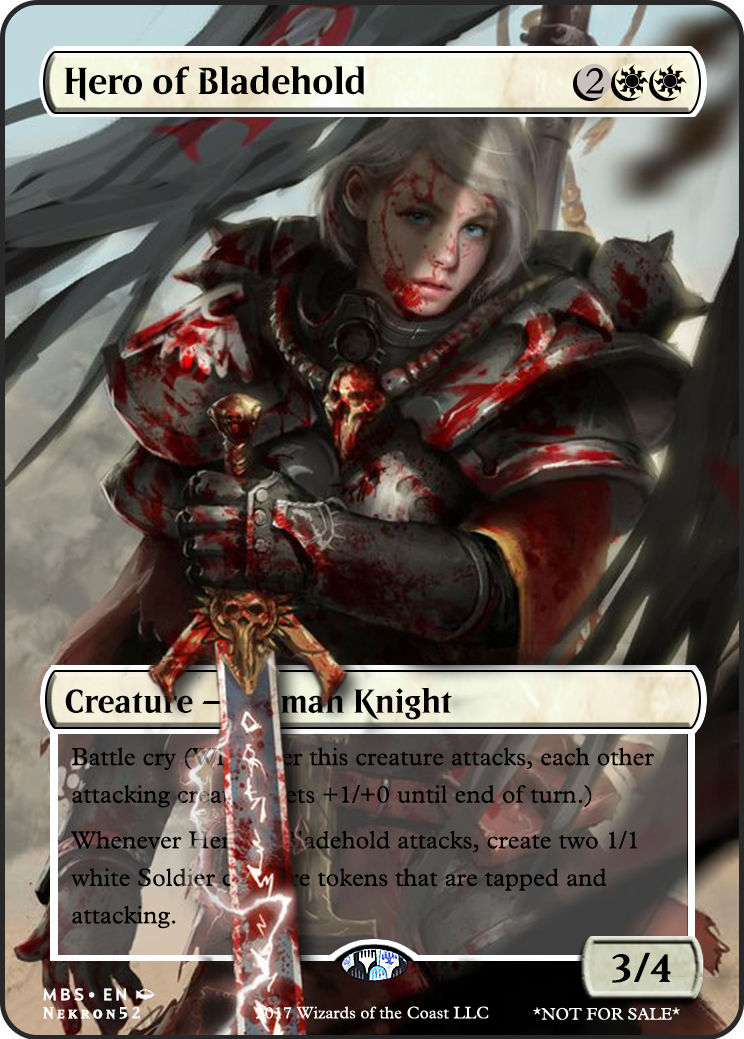 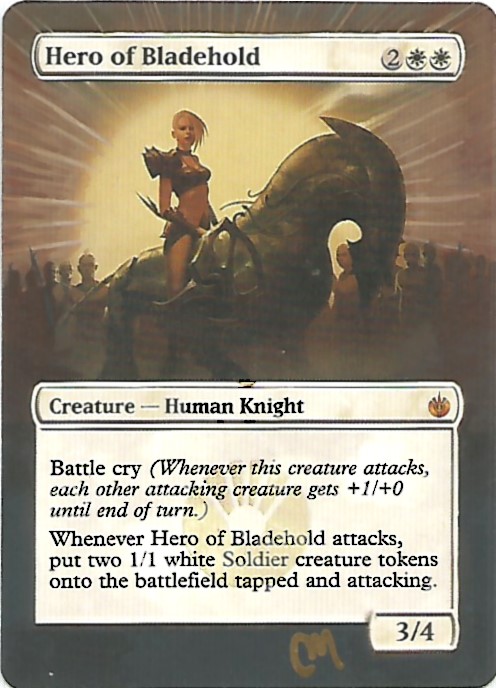 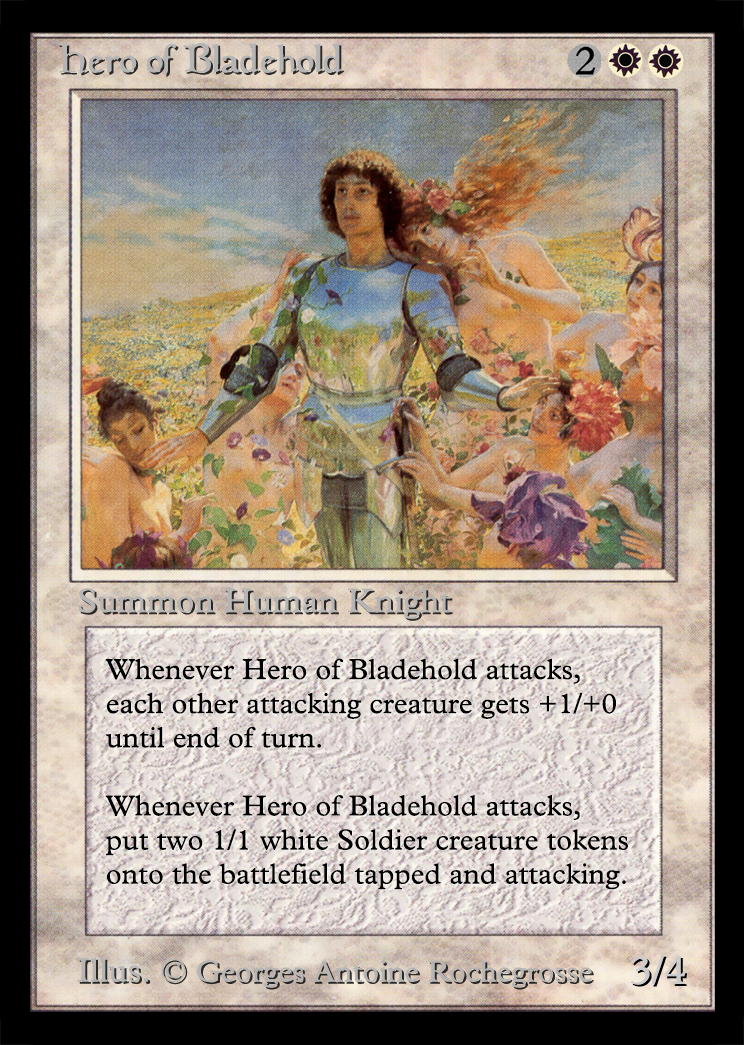 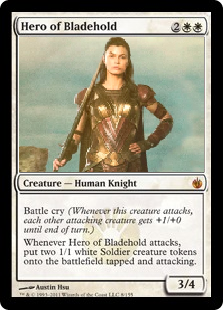 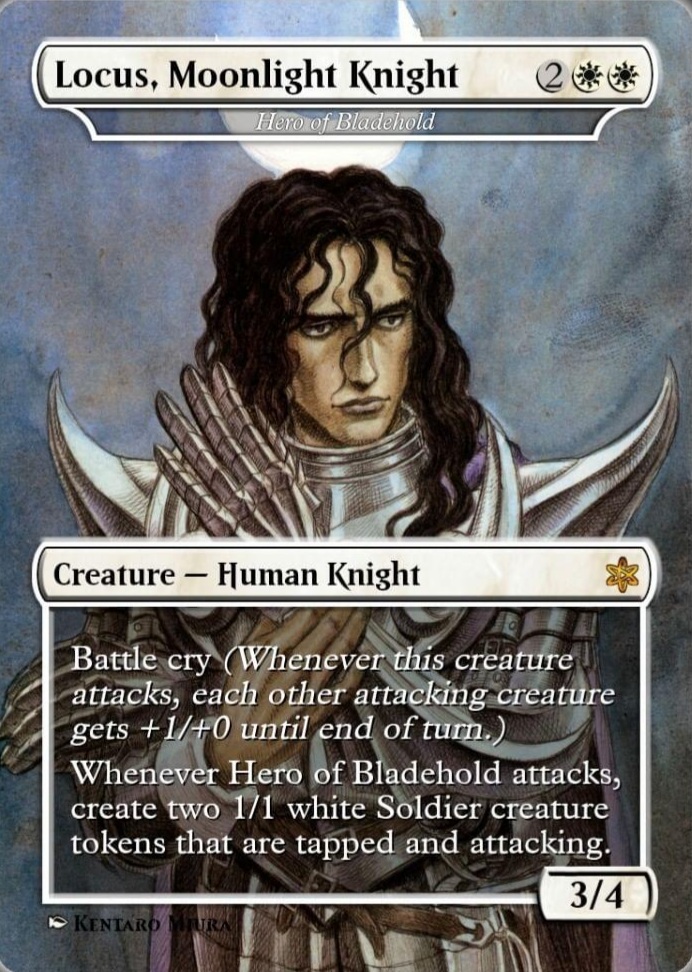