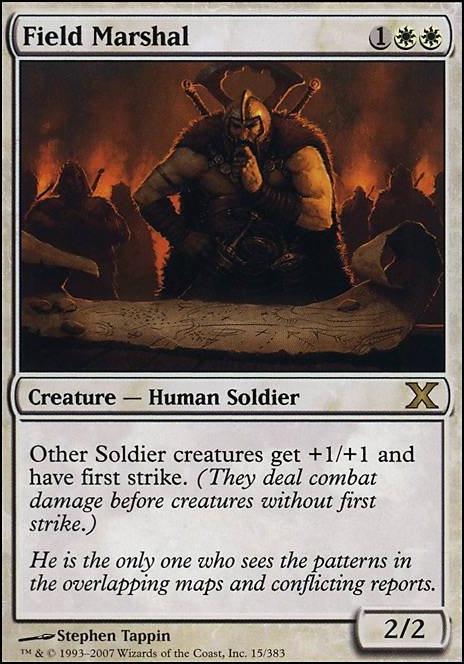 Another Glorious Day in Darien's Army
by korychildress

The Salty Garrison
by Optimator 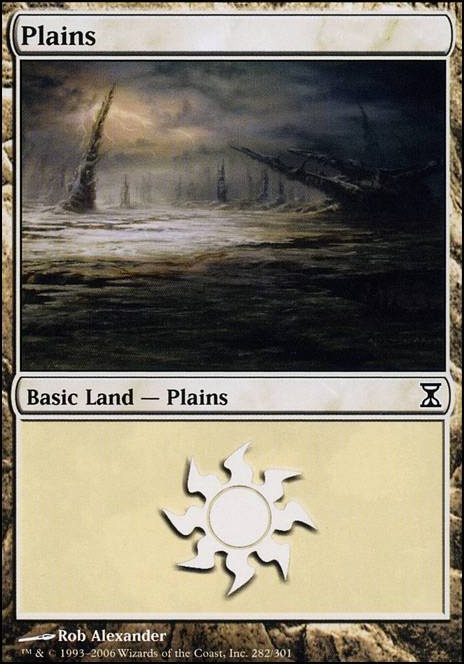 Hey, some advice is think more about the mana curve and Soldier interactions you can curve into earlier in the game. Your deck is not aggressive because other than Raise the Alarm all the other token sources come from higher CMC cards. Consistently, it looks like if you don't draw Raise in your opening hand then you're not casting an impactful spell for Soldiers until turn four or after and that's if you make all your land drops.

Consul's Lieutenant into Field Marshal is an example of Soldier curve that can give you an advantage. Both of these Soldiers are good with tokens since they're anthem effects. Marshal giving all Soldiers you control first strike makes it easier to do combat damage to your opponent. Lieutenant when it's renowned is repeatable pump for all your other attacking creatures and 3 power first strike, 4 power with Marshal, lets Lieutenant keep attacking. The more renowned Lieutenants you have in your control the more pump that all other attacking creatures get including two Lieutenants or more pump each other when they attack. Two or more Marshals anthem each other and give each other first strike.

Field Marshal giving first strike is very good with Catapult Squad since these two cards can kill a 5 toughness or less creature without either one dying. Squad blocks at first strike combat step doing 3 damage to opponent's attacker, then tap Squad + Marshal to do 2 more damage to that creature. If the creature has 5 or less toughness and doesn't have first strike then it dies before it even does damage to Squad. Squad is nice with tokens as a repeatable damage source to opponents creatures.

Brave the Elements is a powerful one mana instant effect to make all Soldiers you control unblockable for a big attack. This card even with a small army can win the game. Since the protection is at instant speed then you can also use it to protect your creatures from targeted removal or removal that does damage such as red burn from Anger of the Gods. Protection from a color protects against damage, being blocked, being targeted, enchanted/equipped from that color. Anger is doing the damage and it's red thus name red with Elements and none of your creatures take damage.

Swords to Plowshares is the most powerful one mana instant creature removal spell in Magic. The mana efficiency and versatility of Swords far outweighs giving your opponent some life.

Nice deck. Have you considered playing Kytheon, Hero of Akros Â Flip or Field Marshal? I have a build pretty similar to this one here: White = Life and Order. I think Mirran Crusader, and Fiendslayer Paladin are better sideboard options then main deck. Maybe for protection play two or three Brave the Elements.