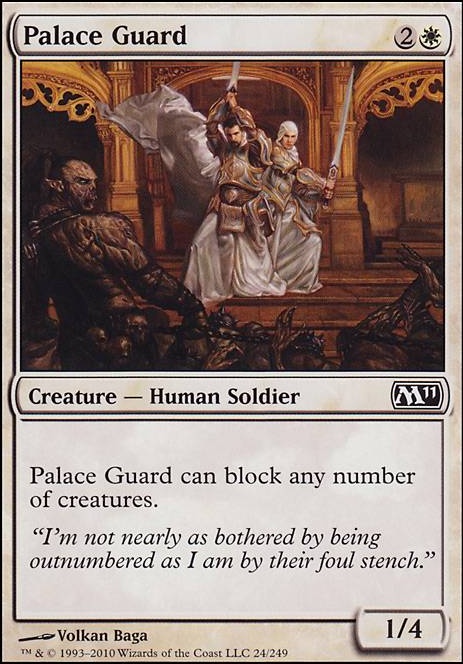 Palace Guard can block any number of creatures. 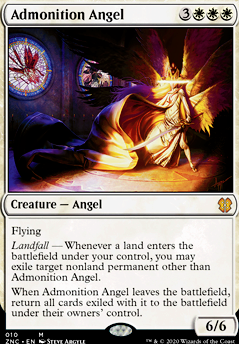 One card I think your deck will absolutely benefit from is Hundred-Handed One. He plays on curve, and can become Monstrous relatively easily. There is also Avatar of Hope, Entangler, Guardian of the Gateless, Ironfist Crusher, Palace Guard, Thoughtweft Trio and Wall of Glare.

I see you have Guardian of the Gateless and Palace Guard but the others could be added for more oomph.

Thank you for the suggestions DeinoStinkus. I may sideboard the ramp cards as the deck is meant to prolong their misery, but the hexproof would be nice. Although, if I get Palace Guard out with Indestructibility or Darksteel Plate, that will prevent shock as well.

I will play around with some changes later today and test the viability of play with ramp against speed play.

what are some of your favorite janky cards? I love Vizier of Deferment, Watcher in the Web/Palace Guard and Hydrosurge. Alternatively, have you ever made any big plays with a janky spell? Any and all stories are welcome. 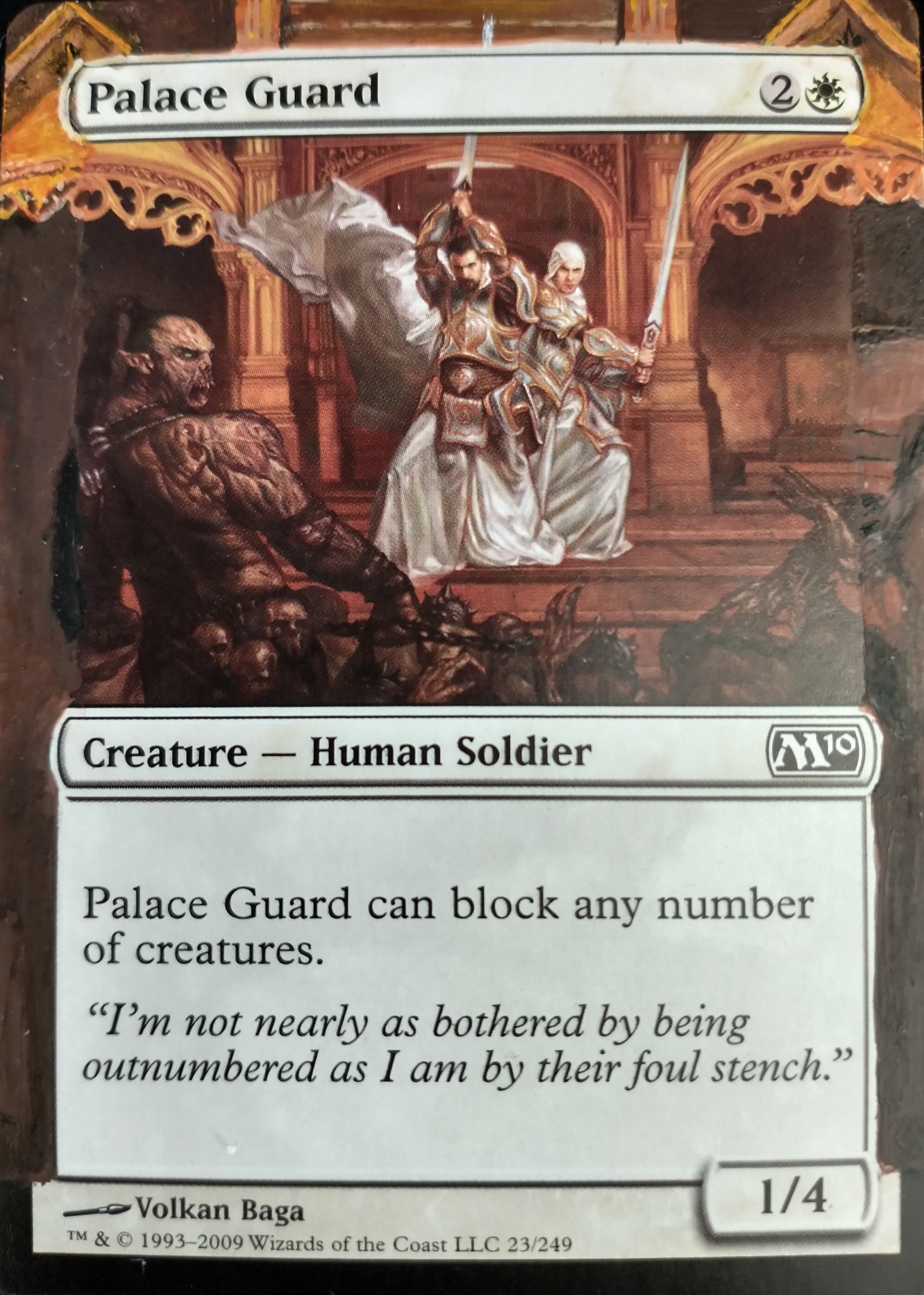