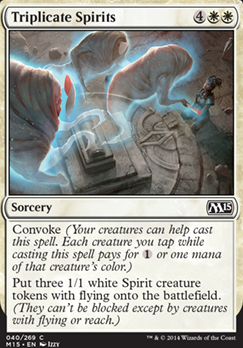 Put three 1/1 white Spirit creature tokens with flying onto the battlefield. (They can't be blocked except by creatures with flying or reach.) 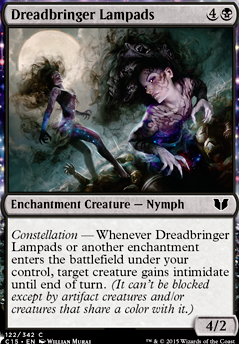 Do you have a sideboard planned? They are a big part of lists like this- knowing what you have answers to in the side helps a lot. Knowing you are siding in Triplicate Spirits, Ratchet Bomb or six Disenchant variants. Field of Ruin and Blast Zone are good, but with the colour count, you will probably only have room for one or two.

Never mind about infinite grave recursion Triplicate Spirits actually. It's not an arcane spell so it can't be recurred infinitely without some other card like Scribe of the Mindful or Archaeomancer. Certainly an idea though.