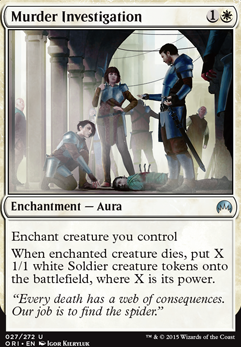 When enchanted creature dies, put X 1/1 white Soldier creature tokens onto the battlefield, where X is its power. 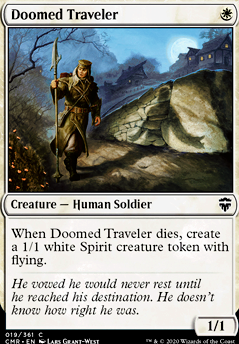 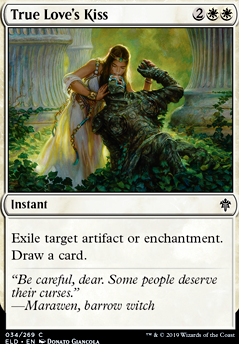 I can think of more if you need :p Also I would take out Nantuko Shrine . I'd be surprised if you made even 1 squirrel with it.

Death, the Next Great Adventure